Urban Turf: Harris Teeter in the works for McMillan site

The latest from Urban Turf:


A Harris Teeter In the Works For McMillan Site 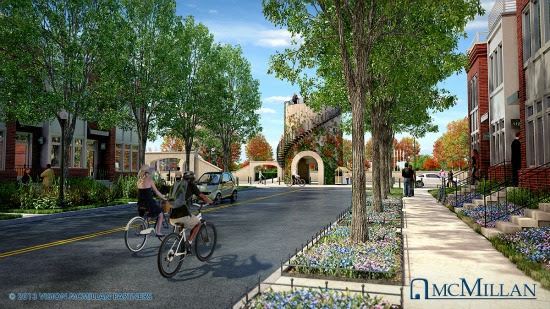 A Harris Teeter may be in the works for the new McMillan Sand Filtration site.
On Saturday, Vision McMillan Partners (VMP) held an open house in Bloomingdale to discuss the residential, park, and commercial plans for the redevelopment of the site, and it was revealed that the retail team is in talks with Harris Teeter to sign on as the “large grocery” in the middle of the site.
The developers also said that they hope to create a “third place” on the North Court, with space for a farmer’s market, arts and crafts fairs, street performers, and the like. A retail corridor lines the court, with restaurants, a pharmacy, and other neighborhood-serving options, in addition to a BikeShare stand and car2go spaces. There will also be two structures — creating from existing regulator houses on the site — that will host “pop-up” retailers on short-term leases. 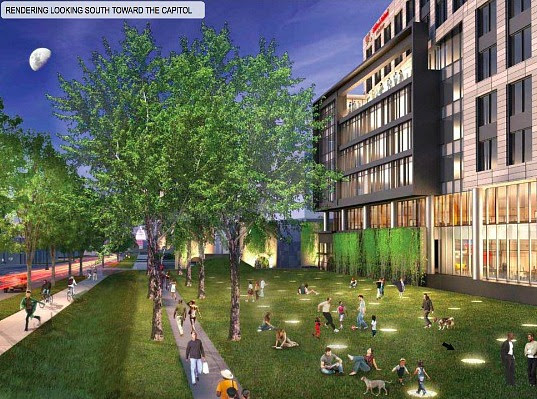 We also learned more about one of the smaller planned green spaces, pictured above; the developers imagine using the underground cells and existing circular holes to send light up into the grassy space, an artistic interpretation of the former usage.
Roughly 300 multi-family units are planned above the grocery store. Hopefully, said one representative, they could be occupied by employees working in the health services office buildings on the northern end of the site.
Though the Historic Preservation Review Board has been discussing the project, they didn’t issue any specific directives to the developers regarding the plans at a meeting this past Thursday. VMP’s Anne Corbett told UrbanTurf that they will be meeting with the Historic Preservation Office next week to hear more specific feedback.
As usual, expect updates as we learn more about the project. The VMP tells us that they hope to be under construction by 2014, and to deliver the first units and the park in 2016 and the grocery in 2017.
Posted by Scott Roberts of Bloomingdale at 5:24 PM