Thanks to Urban Turf for reporting on the event!

A New Plan For Bloomingdale, LeDroit Park and Truxton Circle 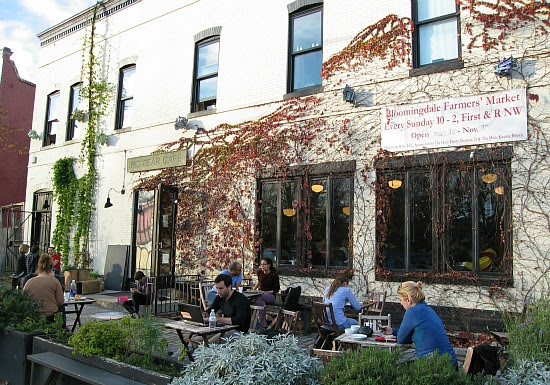 Big Bear Cafe
On Saturday, representatives from the Office of Planning (OP) and the District Department of Transportation (DDOT) met with residents of Bloomingdale, Eckington, LeDroit Park, Truxton Circle/Bates Area and Sursum Corda to kick off the Mid-City East Small Area Plan and Livability study.
Essentially, the Small Area Plan involves a targeted study to determine how to direct commercial and residential development, public space planning, historic preservation in the area. For the next few months, the Office of Planning will be meeting with residents, business owners, and an advisory board to figure out what is going on and what is needed in the area, and will make a formal series of recommendations, to be approved by the City Council, early next year. DDOT is concurrently conducting a livability study to look at ease of transportation around the neighborhoods.
The aforementioned neighborhoods have been clumped together because they all abut a set of corridors that OP wants to focus on improving: Florida Avenue, Rhode Island Avenue, and North Capitol Street. As several residents pointed out, the neighborhoods, though centrally located, struggle with walkability and livability because they are zigzagged with these high-speed, commuter-serving roads. 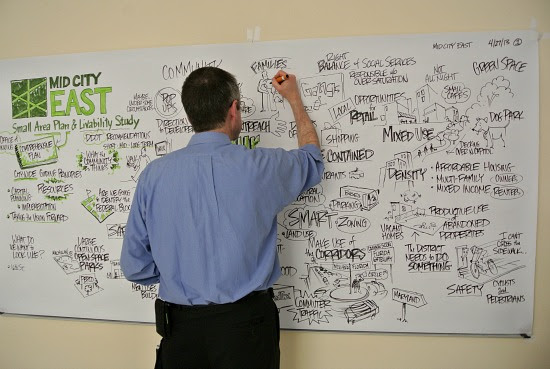 A few of the ideas generated on Saturday.
Attendees at Saturday’s meeting were flush with recommendations, which included:
A contingent also made it clear that they didn’t want the area turning into Adams Morgan or U Street. “We don’t want all-night establishments in a bedroom community,” said one long-time resident.
Posted by Scott Roberts of Bloomingdale at 8:50 AM