See this 10-23-2013 message from the Bloomingdale Civic Association Nominations Committee: 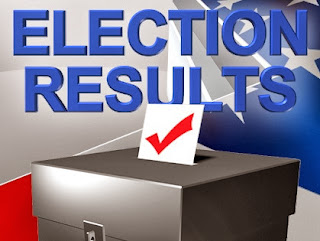 
From: John T. Salatti <john.salatti@gmail.com>
Sent: Tuesday, October 22, 2013 10:15 AM
Subject: Congratulations to Teri Janine Quinn
I congratulate Teri Janine Quinn on her victory at Monday`s Bloomingdale Civic Association election.  She has worked hard the last three years and so I look forward to her continuing her push to make Bloomingdale a better place.  As Teri Janine said before voting began, she had made some intentional changes in her life a couple of years ago so that she could do things that matter and that make a difference for people.  I applaud her values and will work with her to achieve both goals in our community.  We have met a few times just to talk and learn more about one another and we have plans to do so again in the next week or so.  This opportunities to talk issues and just have some fun are ways to ensure that we stay on the same page and work together for the best of Bloomingdale.
Please join me, please join us, please join the BCA and see what can really happen in this neighborhood!
Have a great day!
John
John T. Salatti
(202) 986  -  2592
``Together, Building a Better Bloomingdale``
Posted by Scott Roberts of Bloomingdale at 10:20 AM