Metrobus crash at North Capitol and Rhode Island Avenue NE at around 10:00 am this morning

Posted by Perry Stein on Oct. 18, 2013 at 11:10 am
Fourteen people were taken to area hospitals after a Metro bus and vehicle collided at around 10 a.m on North Capitol Street and Rhode Island Avenue NE, according to D.C. Fire and EMS Department spokesman Oscar Mendez.  None of the victims sustained life-threatening injuries.
FEMS received the emergency call about the accident at 10:02 a.m.

NBC4's Mark Segraves tweeted this photo from the scene. 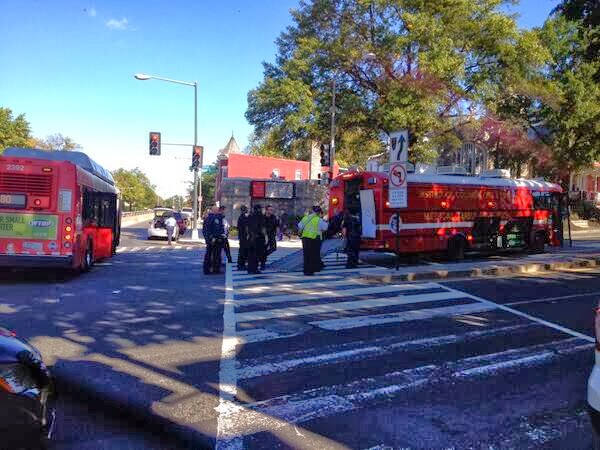 Posted by Scott Roberts of Bloomingdale at 12:07 PM