Having trouble viewing this email? View it as a Web page. 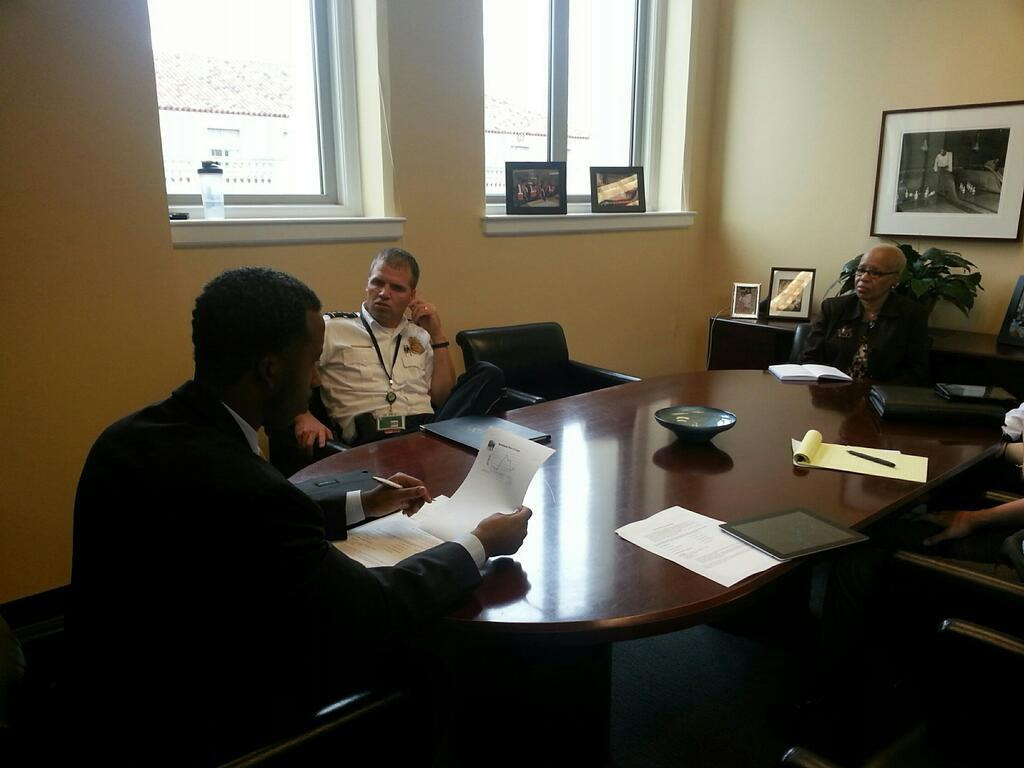 
On Wednesday, October 16, Councilmember McDuffie met with Metro Transit Police Department (MTPD), Chief Ronald Pavlik, to discuss MTPD’s October 2013 Security Report. The report highlighted that two Ward 5 Metro Stations, Brookland/Catholic University of America and Rhode Island Avenue, were among the top 10 stations with the highest crime in the District-Maryland-Virginia area. The report highlighted that from January through August, there were 450 thefts — up 37 percent for the same time period a year earlier. In addition, bicycle thefts are up by 50 percent this year.
Chief Pavlik and Councilmember McDuffie discussed in great detail current actions taken by MTPD to address public safety concerns. In addition to an increase in both uniform and plain-clothes officer patrols, MTPD is overseeing a citywide campaign to educate riders on preventative measures one can take to avoid having your personal belongings, particularly cell phones, stolen. Due to the high volume of bicycle thefts, MTPD is offering riders the opportunity to trade their old locks in for new ones. MTPD is also proactively registering bicycles, which riders can do online here: http://www.wmata.com/about_metro/transit_police/bikeregistration.cfm
If you have any public safety concerns or would like more information, please contact MTPD at (202) 962-2121.
Councilmember McDuffie attends My Sister’s Place 4th Annual Power of the Purse 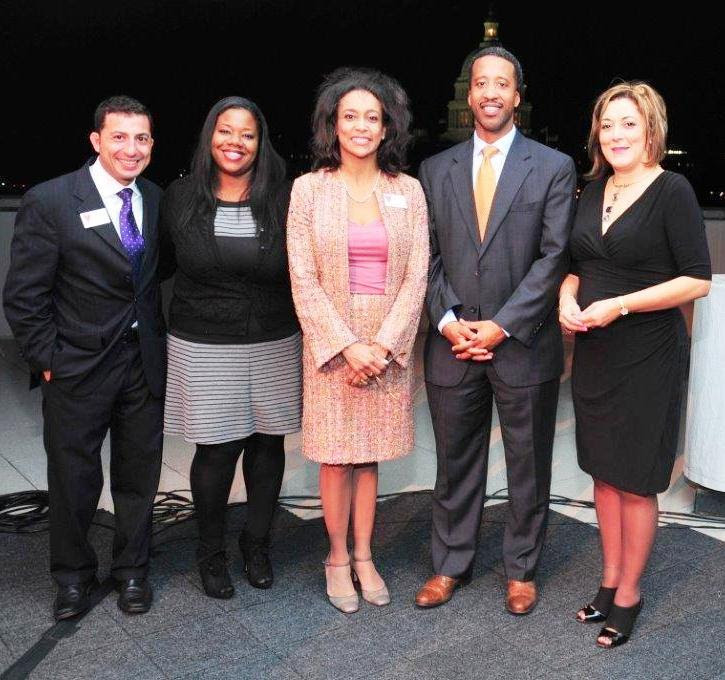 On October 16, Councilmember McDuffie attended a fundraiser for My Sister’s Place, the oldest domestic violence shelter in the District of Columbia. The 4th annual event, “Power of the Purse,” took place on the Rooftop Terrace at 101 Constitution Avenue, NW, where attendees celebrated the determined spirit of survivors of domestic violence and the important role that women play in our economy. 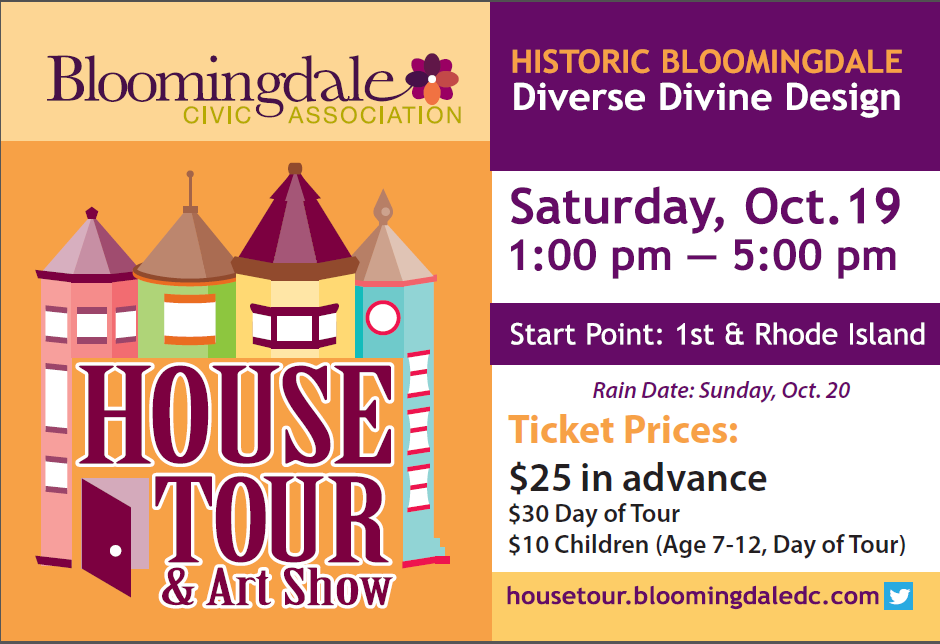 The biannual Bloomingdale House Tour is organized by the Bloomingdale Civic Association. All funds raised from the Tour go towards scholarships for neighborhood residents, historical preservation activities, and other general BCA purposes. The ticket office is open from 1 PM to 5P PM on the day of the tour. Tickets may also be purchased in advance and online at the Brown Paper Tickets page. All houses on the Tour are open from 1 PM to 6 PM on the day of the Tour. To help you plan your visits, a Tour Guide containing a neighborhood map and more information about the houses featured will be provided as part of the ticket price. The Tour also seeks to highlight the numerous artists, artisans, and designers in Bloomingdale.
Eckington Cleanup 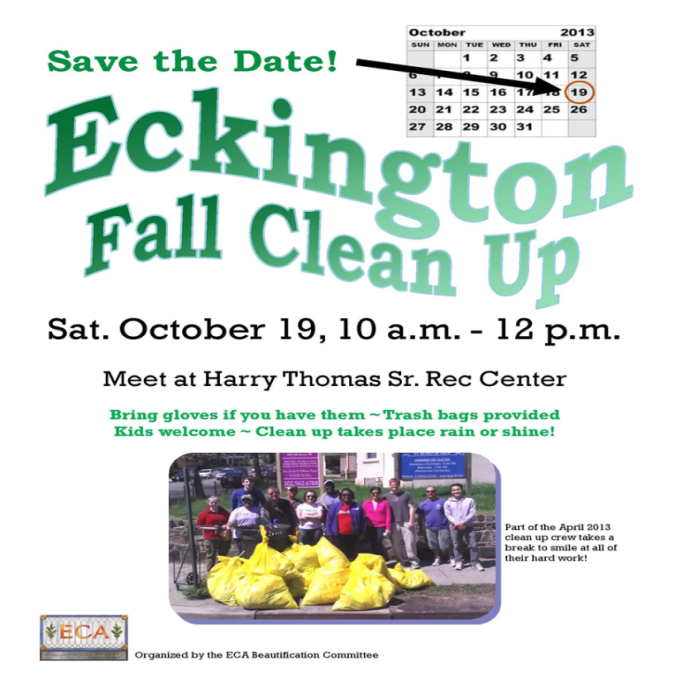 Please join volunteers and members of the Eckington Civic Association this Saturday, October 19, for the Fall Clean Up. Volunteers will be meeting at Harry Thomas Sr. Recreation Center, located at 1743 Lincoln Road, NE, beginning at 10 a.m.
Ward 5 Events
Councilmember McDuffie, or a member of his staff, will attend the following events:
Monday, October 21 –The Bloomingdale Civic Association meeting will take place at the St. George’s Episcopal Church, located at 160 U Street, NW, beginning at 7:00 p.m.