The Ward 5 Report: Office of Councilmember Kenyan R. McDuffie
Having trouble viewing this email? View it as a Web page. 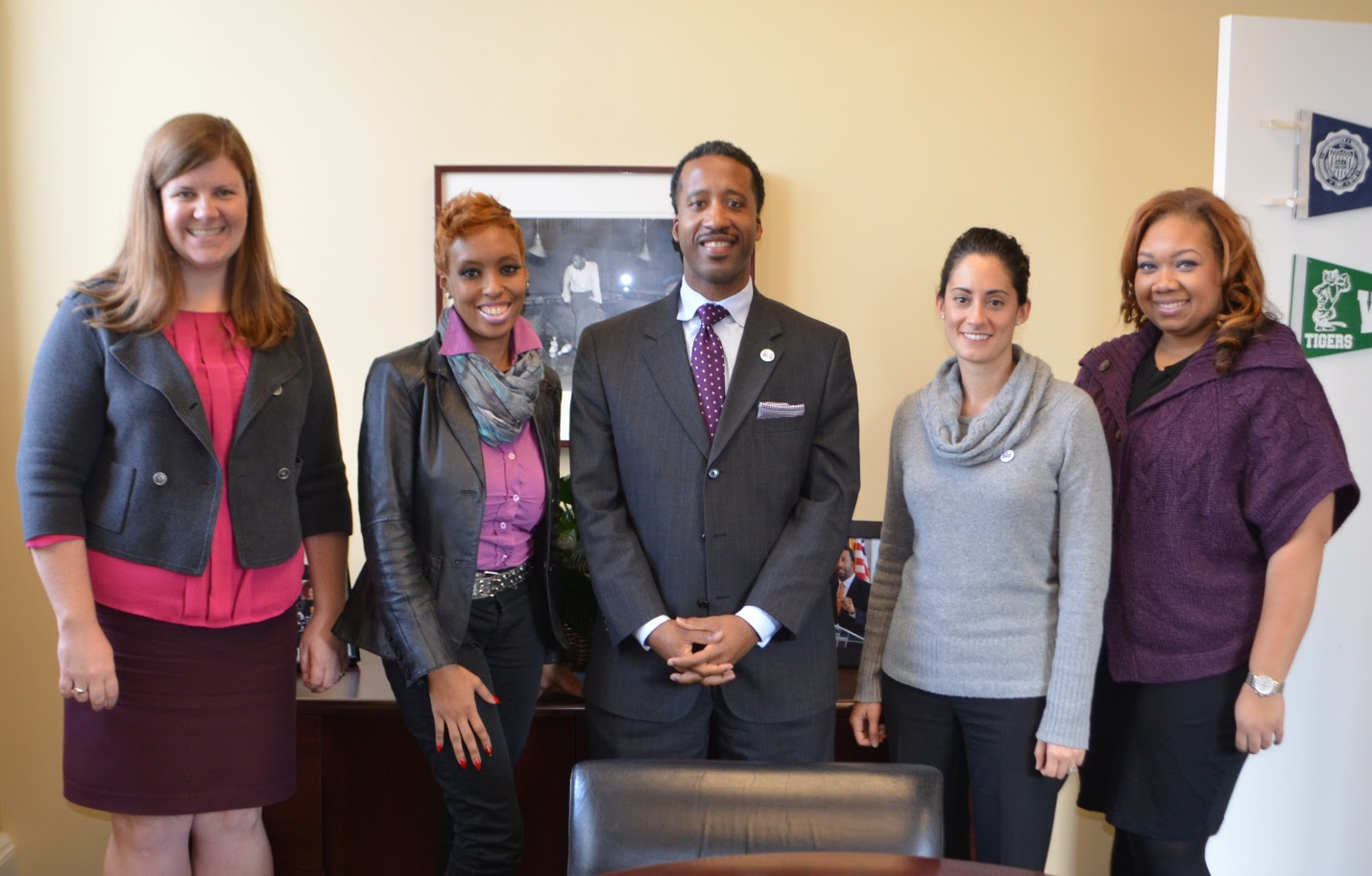 Councilmember McDuffie and staff wear purple in observation of Domestic Violence Awareness Month
Every October, Domestic Violence Awareness Month (DVAM) is observed to bring to light an issue important to our community. DVAM is an opportunity for domestic violence organizations to connect with the community through meaningful outreach and awareness-raising events.
This year the DC Coalition Against Domestic Violence and 11 member programs are bringing back the Spread Love DC Campaign. One in four women will experience domestic violence in her lifetime. Young people between the ages of 16-24 experience domestic violence at the highest rates. The Metropolitan Police Department receives a domestic violence related call every 17 minutes. This is the reality in our city and the truth we are faced with every day. We know that domestic violence can be prevented. There are generations of people who never have to feel its effects, which is why this DVAM we are returning to LOVE - spreading it, teaching it, living it - so that no one in our community ever has to feel unsafe in their home again.
For more information about local domestic violence programs around the city, please visit http://www.dccadv.org/index.php?pid=67.
Councilmember McDuffie meets with Washington Teachers’ Union President, Elizabeth “Liz Davis” 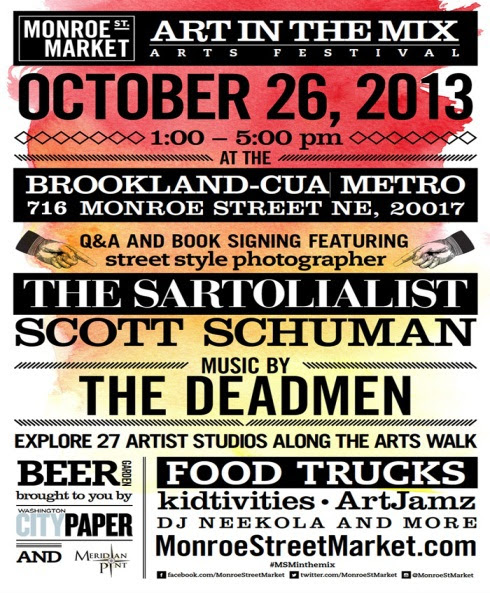 On Saturday, October 26, Monroe Street Market is hosting Art in the Mix, an arts festival featuring live music, food trucks, family activities and open studios. CulturalDC managed the selection and placement of the current group of artists who have activated the studios along the Arts Walk. Monroe Street Market is located at 716 Monroe Street NE. For more information on the festival visit www.culturaldc.org/2013/10/monroe-street-market-arts-festival.

Metro weekend service adjustments October 25-27 due to rebuilding
Reconstruction of the Metrorail system will continue over the weekend of October 25-27 with service adjustments on the Orange Line only beginning at 10 p.m. Friday night and continuing through system closing on Sunday.
Trains on the Red, Blue, Yellow and Green lines will operate at regular weekend intervals throughout the weekend. Orange Line service will be normal between Vienna and Cheverly; however, riders traveling to or from Landover or New Carrollton stations should add time on Saturday only (details below).

On Sunday, Oct. 27, Metrorail will open two hours early for riders traveling to the annual Marine Corps Marathon event at Pentagon Station.  To check normal station opening times, visit wmata.com/stations.
Metro is investing $5.5 billion to install new rail, ties, platforms, escalators, signals, lighting, communication systems, and more. It represents the largest capital investment -- and work effort -- since the system's original construction in the early 1970s.
For schedules, real-time train arrivals and station information, visit wmata.com.
OSSE Scholars Summer Enrichment Program
OSSE Scholars provides high-achieving, academically motivated, students who exhibit financial need with the opportunity to attend selective summer college programs. As an OSSE Scholar, students attend top-tier universities across the country for rigorous summer courses. The program offers early exposure to college-level academics, navigating a college environment, and, at certain universities, earning college credit.
If you are a student with a GPA of 3.0 or higher who demonstrates leadership skills inside and outside of the classroom, this may be the perfect opportunity for you to jumpstart your college experience.
For more information about the program and how to become an OSSE scholar, please visit http://osse.dc.gov/service/osse-scholars-summer-enrichment-program
Metropolitan Washington Council of Governments hosts “Securing Affordable Homeownership for the Long Term: A Workshop on Shared Equity in the Washington Region” 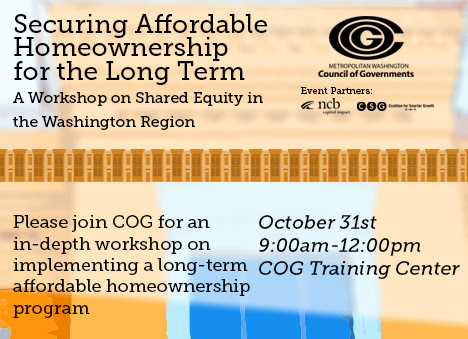 On Thursday, October 31, the Metropolitan Washington Council of Governments is hosting a workshop entitled, “Securing Affordable Homeownership for the Long Term.” The purpose of the workshop is to give an overview of homeownership programs in the Washington metropolitan region and introduce the basic principles of how a shared equity homeownership program works at the jurisdictional level.
For more information, please visit www.mwcog.org/.
Ward 5 Events
Councilmember McDuffie, or a member of his staff, will attend the following events (please note, a 5th week is rare in the calendar year):
Tuesday, October 29– The Brookland Middle School SIT Meeting will take place at the Turkey Thicket Recreation Center, located at 1100 Michigan Avenue, NE beginning at 6:30 p.m.
Wednesday, October 30 – Advisory Neighborhood Commission 5B's monthly meeting will take place at ANC 5B’s Office, located at 1322 Irving Street, NE, beginning at 6:30 p.m.
Posted by Scott Roberts of Bloomingdale at 4:50 PM