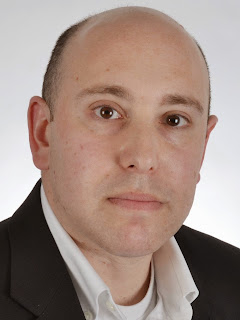 @WashBizNeibs I can see it now: WBJ Presents the 2013 NIMBY Olympics.
Reply RT Favorite
EricFidler 8 hours ago
Here is the link to the above ChirpStory.

Posted by Scott Roberts of Bloomingdale at 8:30 AM

yeah, but your missing the nuances Mike. It's not just about hating for hatred's sake. It's a hatred borne from the exasperation of watching DC go down this road time and time again...watching a few connected entities, like Trammel Crow, Holland Knight, EYA up close and cozy with the city government with a revolving door between them. It's also about hating the lack of vision that our city government is displaying... while NY, Chicago, Seattle, Denver and even smaller cities go forward with visionary developments for next centuries we are still building this bullsh*t with only commercial interests at heart. Just to describe the detractors as simple "haters" who will never be satisfied is sort of like calling them crazies and you gloss over the reality that when you stop to think, development in DC over the past 3 decades is mediocre and really lackluster. The haters hate mediocrity..especially to provide the same companies more revenue.

I wouldn't give this cynical group of DC business insider journalists the paper to show their contempt for sincere residents who care about their homes and places for the kids to grow up healthy. If this crowding of mediocre architecture over McMillan, the last "great public space" DC hacks have not given away, yet, is such a great idea, then get a section of Rock Creek Park ceded to DC by the Feds. And build this miserable excuse for urban planning over there.
They have all the park space and you could have a discussion of what is really needed for our community, CYNICS!

Why not run an article about criminals in DC office, who ran this McMillan bastardization down our throats? And how the HPRB is making a mockery of the DC and National Historic Place Designation, the LAW!. The mayor ran a fraudulent campaign and is under the slowest federal prosecution ever known, Harry Thomas is in prison, Kwame Brown convicted of fraud, and Michael Brown awaiting sentencing while he gives up one more of your favorite hacks to the federal prosecutors. McMillan a development plan all about "Smart Growth", and an arrogant Office of Planning , literally destroying the L'enfant and McMillan Plans, and dictatorship of criminals drunk with power, wake up Michael, can you be this cynical about your home, or do you live in Nova? The legitimate needs of the community and common sense, what a funny thing. Ha, Ha,Ha, You should do a comedy column, your a riot.