Note that Bloomingdale residents Barrie Daneker, Edgardo Guerroro, Vicky Leonard and John Salatti are listed in the message below. 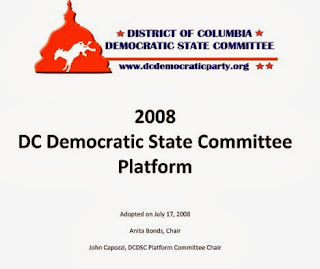 
Posted by Scott Roberts of Bloomingdale at 1:25 PM

Hi Scott- I don't understand what went on with all of the withdrawals and the second petition pickup, but I think the second listings are still active.

So, another Bloomingdale resident is still a potential candidate -
Edgardo "Ed" Guerrero. He was collecting signatures Tuesday night at ANC 5E.