BACKGROUND:          DC Main Streets, which is managed by the Department of Small and Local Business Development (DSLBD), provides resources for local organizations to leverage private investment through public and private partnerships while revitalizing existing commercial corridors and historic landmarks. The program serves small businesses, which are a driving force for the local economy. 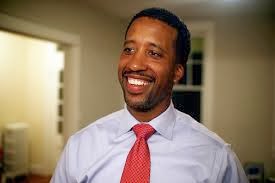 Posted by Scott Roberts of Bloomingdale at 12:50 AM