WaPo: "Possible ‘knockout’ attack on Friday night in Bloomingdale section of the District"

I posted a message at the MPD-5D list at Yahoogroups on the Friday evening assault near 1st and W St NW: 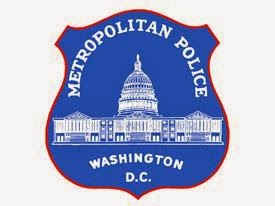 I received a message this morning regarding an assault last night, Friday, 12/13/2013, that occurred in Bloomingdale in PSA 501 near the intersection of 1st and W Street NW.

Between 10 pm and 11 pm, a male Bloomingdale resident left a rowhouse get-together and was a victim of a "knockout."  A group of people wearing masks ran up to him, punched him in the face and then dashed off.

The police responded and I assume that a report was filed.

Any information that is available regarding this incident last night that can be shared with the community would be appreciated.

Here is the response posted:

Good evening Scott, a report was filed regarding yesterdays assault; however, at this point in our investigation we have not concluded that the complainant in this case was actually the victim of a “knockout” assault. It should be noted that we aggressively investigate all assaults regardless of the suspect(s) motives. At this time, there is not an emerging trend to suggest that “knockout” assaults are prevalent in our district.  We continue to encourage the community to call 911 to report any suspicious activity in the area.


Now read this brief report from the Washington Post:

A man was beaten Friday night in the Bloomingdale section of the District by a group of masked assailants, authorities said.

The attack has raised questions as to whether it was one of the so-called knockout incidents in which the assailants attempt to fell a victim with an unexpected blow, often delivered from behind.

The attack occurred near First and W Streets NW after the victim had left a gathering at a row house. The assailants punched the victim in the face, then ran.

Police officials in the Fifth District said that they would investigate thoroughly. However, they said that as of Saturday that he not yet confirmed that the incident was a knockout attack.
Posted by Scott Roberts of Bloomingdale at 12:07 AM

Any news on the victim? Hopefully, he is ok physically, but what a horrible emotional trauma.

The report on ABC7 said there were 10 in the the group of attackers-let's hope someone noticed such a large group and can provide some information.

Thanks, Scott, for sharing and seeking out more information from MPD.

I wonder if this is the same group that attempted to attack a man on the 100 block of Adams St Nw a few weeks ago? That was reported to the police and they got the guy that swung on him. This kid was also with a large group of other kids.