Save McMillan Park wins the award for "Most Misleading Slogan". 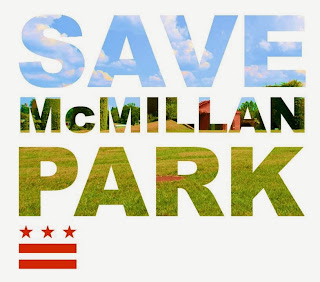 Most skeptically received promise: Streetcar service by January
Streetcars were supposed to start running on H Street NE in 2009. Then it was 2012. Then 2013. So you`ll have to forgive Washingtonians for being less than credulous when Gray promised last month to have “passenger service probably starting in January, not later than early February.” That`d require unusually quick safety certification, plus several other steps. But then again, with the first streetcar arriving on H Street this month for testing, residents may finally be starting to believe that this streetcar thing will actually happen.
Most futuristic parking garage: Hecht`s
A 1,000-car parking garage may not sound like an urbanist`s dream. But following advice from Planning Director Harriet Tregoning, Douglas Development is building its parking behemoth at the soon-to-be-redeveloped Hecht Company Warehouse site on New York Avenue NE in such a way that it can later be converted to residential units, if demand for housing in the area increases or demand for parking drops as the result of, say, a new Metro stop or streetcar line. It`s the kind of flexible approach smart-growth advocates love—to the extent that they can love a 1,000-car garage.
Biggest ghost town: Parkway Overlook
Unless you take a wrong turn into a no-outlet loop behind the Suitland Parkway, you`d never have occasion to pass the Parkway Overlook. Some top city officials had no idea it existed until this year. Which is kind of insane, given its size: 20 apartment buildings that once housed over 1,000 people. It`s sat vacant since failing several inspections, ending in 2007, at a time when housing is at a premium in the city. But now that Gray has pledged to spend part of his $187 affordable housing commitment on rehabbing it, D.C.`s biggest ghost town is set to return to life. 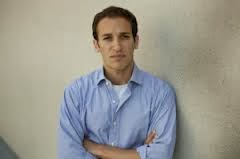 Aaron Wiener
Posted by Scott Roberts of Bloomingdale at 10:39 AM

SHOCKING! Save McMillan Park is a slogan that doesn't make any sense? Thanks to the City Paper for bringing the fact that Friends of McMillan is rallying against something that is actually the only viable solution to what they want in the first place: a park! I can't wait to finally have a real - large - park, community center and shopping in this neighborhood - and excited to see the new CREATE MCMILLAN PARK signs popping up all over the place!!! This, after all, is really what its all about.

" 25 Acre site has sat vacant". Aaron, it also spontaneously sprouted a chain link fence, with barbed wire strung across the top . We know the DC govt, all the mayors and City Council since 1986, wouldn't be so viscous and stupid, as to forcibly exclude the people from their own 25 acre green space, and registered historic landmark all these years, not them,.while pouring our tax dollars into the cities vast majority of parkland in upper NW.
And we are so fortunate to have journalists like you, who make the effort, for us, to avoid placing any responsibility for this social injustice, and environmental crime committed against OUR city, on this miserable clique of hacks and felons we call our representatives.
Really Aaron, when did the City Paper become such a biased pro-big business useless rag, joke? I recall they once championed the peoples causes against the stupidity and racist discrimination of governments like Gray, Fenty, Hoskins, Thomas,, Brown, Brown, Miller and Tregoning, etc. Please try harder to be more professional, get the real story, and maybe CP should refuse the advertising money from EYA VMP and all these big developers who have our govt. in their pocket, or just try too be a good reporter, please.
We are all talking about making this world class "great place" a major park and historic site, which can include all the important things the community needs in adaptive re-use of existing structures and compatible development. We just don't support the destructive MEGA Super urbanization, on top of very misguided DEMOLITION of really wonderful historic structures. We also see the corrupt system, of a Mayor elected ( yes by massive electoral fraud) but still, to manage OUR property, not give it away in corrupt "surplussing" with no democratic process at all.
Some day when you become a better reporter please include all the information and serve the community, GOOD LUCK!

AMEN CIty Paper! It's time that the residents of the District finally get what they have been asking for for almost 30 years. When the district purchased this land it was to develop! $9.6 million invest which they have seen nothing in return due to the rude and vocal minority. Finally a plan that is balanced, creates a huge Park and many needed services, affordable housing and senior living while still maintain some of the historic aspects of the site. Finally the people of DC will be able to enjoy this land and the benefits of their invest long over due!