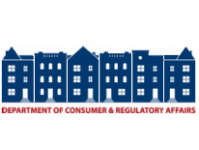 Bertha, you don’t know me, but I support you 100% in your efforts regarding the 1st street pop up. Thank you for taking the time to do this. I apologize in advance for the long email, but here goes...

I lived next door to a pop up as it was being constructed and believe you are taking the right approach. The owner of the property next to mine did a pop up, and during the construction stage, he removed the roof of his property and left our shared wall open to the elements for over a year. The shared-wall of these year-1895 homes aren’t built to the same standards as the outside wall. We have an interior exposed brick wall, and we were seeing the outside air through gaps in the mortar.  Our indoor cats got fleas!
The owner/developer had his team and they had their heavy equipment, which shook our house and basically destroyed shelving we had put up in one of our rooms. The worst was by leaving his property open to the elements, any time it rained we got water coming in to our basement. Our basement was finished, so we couldn’t easily rip out our drywall and studs to gain access to the foundational masonry.  Eventually, we had to, at our own expense, remove the carpet, replace the bottom half of our drywall in the basement because it had gotten wet from outside elements, and was at risk of mold.   We basically couldn’t use our basement for a year as a livable space, and had to move furniture out of the basement to upper levels.  All out of my pocket and all because of the lack of integrity by the owner/developer
(in case you question… typical insurance doesn’t pay for damage from water coming into people’s homes (flood).  The city DCRA did nothing to protect us, and I also didn’t want to spend years of my life in court trying to navigate the labyrinth in order to get relief for my expenses imposed by the actions of the owner/developer.  I probably should have because the out of pocket expense that this jerk imposed on us was not small)
However… more relevant to your efforts:
We called DCRA multiple times, after getting nowhere for about 4 months, we eventually got some traction by calling our council member and their responsive staff. eventually DCRA sent an inspector who put a stop-work order, however that was about it.

The followup from DCRA after that was nonexistent.
The owner/developer kept working and nothing changed. I did get a good response from the staff of the DC council rep for our district, and that provided some action, however that was after running into so many dead ends.
The construction practices were horrible. No one held the contractors accountable. No one held the owner/developer accountable. They did damage to our house and the city did nothing to protect me (I am a taxpaying citizen, so I do expect the money I’m paying to the city to go to services rather than to allow others to punish me).
I wish we had someone who is doing what you’re doing.  I can’t attend the meeting you are holding on Wednesday, but it is high time that someone asked the questions you are asking and start holding the developers and the contractors who are doing their work with such shoddy practices accountable. Also, it is good you are bringing focus to the city DCRA so they can positively perform their duty to protect the taxpaying citizens who own properties next to these developers.
How many times have row house properties collapsed due to shoddy construction? Since I have lived here (2002) I can recall 1) a property near 5th and P, 2) a property on 1st St. near U St. where the turret caved in [moderator note: roof cave in was not caused by shoddy construction practices],  3) one recently on the 100 block of NY Avenue, 4) one on the 700 block of T St. NW and 5) one on W St. NW or Adams St. NW (can’t recall exactly). Do these contractors lose their licenses? Do they pay for their negligence? Why does it keep happening? How much time of these people’s lives are wasted in litigation to recoup the damages from these charlatans?
I understand that property owners can build within the regulations for their particular zoning, however they need to do it right. If the city promulgates building standards, environmental construction requirements, and building codes, it is upon developers to understand and follow the codes, and for the city to hold them accountable. If contractors do harm to city citizens, then they don’t need to be licensed to do work in the city. It is nothing personal, it is people doing their jobs. DCRA needs to understand their jobs include holding builders accountable and protecting taxpaying citizen’s properties from unacceptable construction practices.
Thanks, sorry to vent
-- S Street NW resident
P.S. eventually a wonderful person purchased the property next to us, so we are happy about that. We cannot foresee all outcomes, so I provide thanks that our new neighbor is outstanding and we are so happy he eventually bought the property. The lasting impact though was that we felt helpless, the developer could run roughshod over us, and cut corners/damage us while the city did nothing. The developers incentive is to gain as much $ as possible, so they don’t care about the neighbors of the property, and they will damage them. That’s what their incentive is. I understand that. If the city lets them get away with or turns a blind eye to shoddy construction, then developers will continue to run roughshod over the neighborhood. They apparently don’t give a rip about the quality of what they are doing.
Posted by Scott Roberts of Bloomingdale at 7:14 AM

Sorry to hear about your unpleasant experience dealing with a pop up construction next door. Would you be interested in sharing your story with the Zoning Commission for Case 14-11? The instructions are below.

My concern with pop ups is primarily one of aesthetics - pop ups are ruining the historic architectural gem that is Bloomingdale However, many residents from across DC shared construction horror stories at the hearing last week.Some of the developers who opposed the amendment stated that these issues are DCRA problems and not related to zoning. But your letter circles back to an important point - these rowhomes were not built for this type of massive alteration. I doubt that when the current zoning regulations for rowhouse districts were created that anyone envisioned that this type of development would occur in houses with brick party walls.

Last night, ANC5E voted to support the proposed R-4 zoning amendment. I hope many Bloomingdale residents will join the conversation and submit testimony. The deadline for submission is January 29.

All documents must be signed by the originator and attached to the email as a PDF file
Only PDF documents of 10 pages or less will be accepted
Submissions received after 3:00 p.m. will be dated and processed the next business day
Documents that contain color will be reproduced in black and white
Case Number and Case Name must be in the subject line of the e-mail (i.e. ZC No. 14-11 – R-4 Text Amendments)
If your submission does not meet the above parameters, please send it by US Mail, facsimile, or hand-delivery.

Emailed submissions may only be sent to the following address:

Zoning Commission submissions should be sent to zcsubmissions@dc.gov

Should you have any questions or comments, please contact the Office of Zoning at 202-727-6311, or dcoz@dc.gov.

And how many of these ridiculous and ugly popups are earthquake proof? It was but a few short years ago that we had a 5.6 Richter scale earthquake here in DC, the after effects of the one epicentered down in Virginia. More than a few home owners in Bloomingdale had cracks in their walls and other damage that cost thousands to repair.

How many non-popups are earthquake proof?