dumpster at Flagler & V St NW with no permits

The large dumpster at the corner Flagler Place and V Streets NW is brimming to the top with garbage, has no permits, is outside the Residential Parking Zone, and makes it very difficult for trucks and cars to get down the street.
The attached picture helps to portray the problem.
I called DCRA and the Department of Public Works, but have not gotten assistance in getting this issue resolved.  We need assistance, can you help?
Thank you.

There is a large dumpster at the intersection of Flagler and V Streets NW.  It was placed outside the boundaries of the Residential Parking Zone and is so close to the corner trucks, including garbage pick up, have not been able to get down the street.  I have called DCRA to report illegal construction at 2032 Flagler Place, but was told that they do not handle dumpsters, so I was referred to the Department of Public Works, but have not made any contacts there.  There has been a spat of illegal construction in the 2000 block of Flagler and 100 block of V Street.  DCRA has been alerted to this, but we need help dealing with this dumpster. 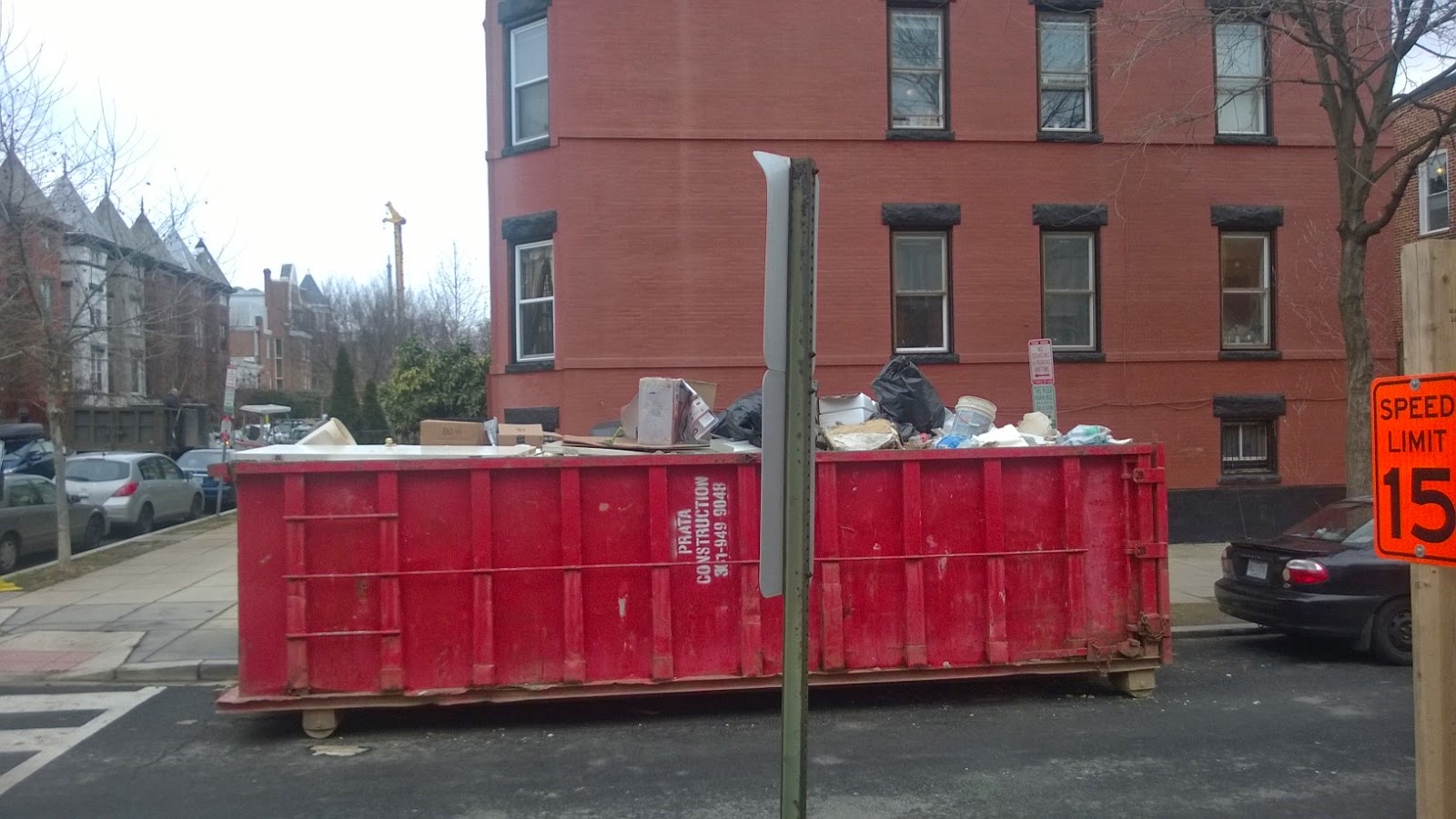 Posted by Scott Roberts of Bloomingdale at 10:09 AM