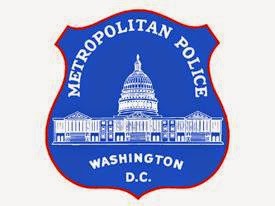 I wanted to let neighbors know that my house was broken into yesterday during the day between 9 AM and 3 PM.   We live right in front of the [DC Water] construction zone on Flagler adjacent to the alley.   Our backdoor was busted open with a crowbar, and several electronics were stolen from several rooms of the house (Macbooks, iPad, cameras, etc.).
I don't have much hope that the perpetrators will be caught or our stuff returned, but I wanted to share with the other members of the listserv.
We had thought the ubiquity of construction workers would actually deter burglaries, but perhaps the noise and lack of entry to the street accomplishes the opposite.
Posted by Scott Roberts of Bloomingdale at 9:23 PM

Thank you for sharing this and reporting it to the police. I am often about in the neighborhood during the day and will keep a sharper eye out! YIKES!

Has anyone else had ADT scammers at their door recently? Back in November a young man came by the house to offer free security service in return for us posting a sign in the yard. Sound fishy. I quickly ushered him out as he handed me a business card. This morning at 5:30 we heard two distinct knock on our inner front door when the house was dark and quiet. When I finally peeked out no one was there. But then tonight, another visit. This time a doorbell ring, where no person but another bogus ADT business card was left on the stoop. Fake address. Fake numbers. Fake card. I live a half block from Flagler, also in the boarded up construction zone. I'm now convinced that this area is being targeted. Keep your eyes open and don't let anyone unsolicited in your house! http://www.adt.com/resources/deceptive-sales-safety-tips Stay safe, neighbors!

I'm also in the boarded up construction zone. A few weeks ago, during a torrencial rain, an ADT guy came to my door to offer a "great rate" on services. I told him I was happy with our current service. He asked if he could come in out of the rain to discuss what he had to offer. I again said that I was happy with my service and walked away, never opening the door. He seemed annoyed that I didn't let him in out of the rain, but other than that, at the time, I didn't think it was particularly fishy. I was home alone so there was no way I was letting him in my house, rain or shine! Thanks for the head's up!