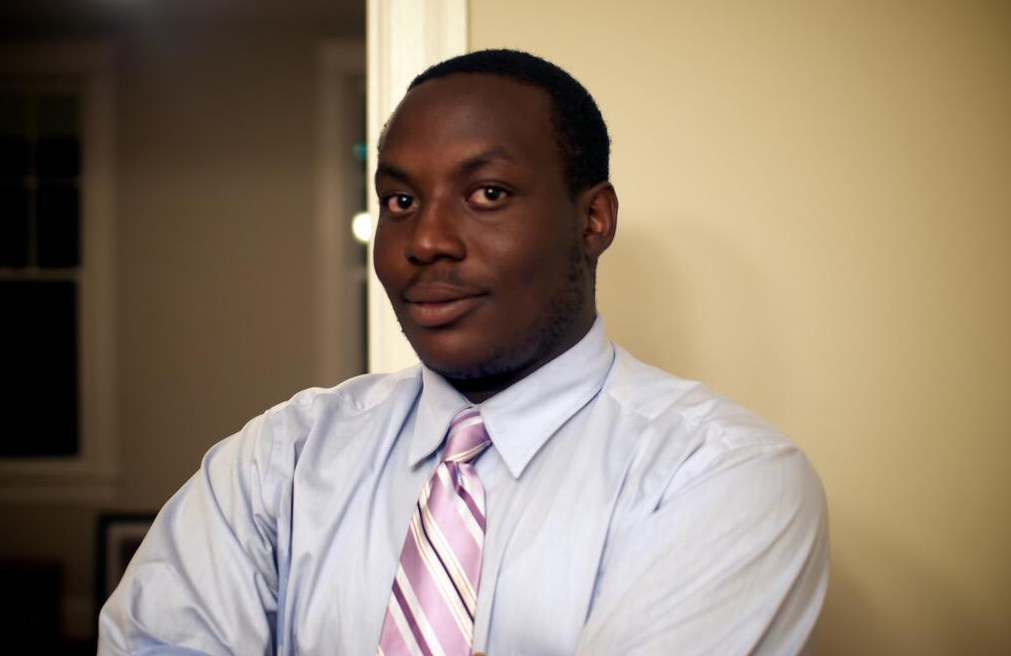 And this message from Ward 5 Councilmember McDuffie:
From: jmandel@DCCOUNCIL.USDate: Sun, 18 Jan 2015 21:19:19 -0500Subject: Councilmember McDuffie releases statement on the passing of Tim Clark  For Immediate Release: Sunday, January 18, 2015Contact: Jon Mandel, 202-702-7786, JMandel@dccouncil.us  Washington, D.C. – Councilmember Kenyan R. McDuffie (D-Ward 5) released the following statement on the passing of Tim Clark.  “Moments ago, I left Prince George’s Hospital Center, where, earlier this evening, my dear friend, Tim Clark, passed away.  Tim was an integral member of Team McDuffie from the beginning, and I am forever indebted to him and his family.  To know Tim was to love Tim. Those who had the pleasure of knowing Tim personally or professionally knew he was a public servant who cared deeply for every neighborhood in Ward 5 and across the District of Columbia. He served the Edgewood and Eckington neighborhoods admirably on the executive board of the Edgewood Civic Association and as an Advisory Neighborhood Commissioner of 5E (formally 5C). Most recently, after working on her campaign, he joined Mayor Muriel Bowser's administration as a staffer in the Deputy Mayor for Economic Development's Office. His passion and dedication to his community made him an unparalleled asset to the District. In fact, even at his young age, Tim had a political acumen that rivaled many seasoned political advisors nationwide. Truly, Tim had a bright future ahead of him.                        I will deeply miss Tim. God bless him and the entire Clark family.”

Posted by Scott Roberts of Bloomingdale at 9:37 PM

I understand Tim Clarke died of Asthma at a young age and many years before his life expectancy. My own sister suffered from asthma most of her life and died from the illness at 30 years old.

Ironically, Tim, a community activist and arborrist, has worked for the McDuffie office and recently The Deputy Mayor for Economic Development. Both political offices, the Mayor and City Council are , unethically, harming public health. These DC offices have worked with Vision McMillan Partners to turn publicly owned 25 acre green space,
McMillan Park into a concrete and asphalt covered, carbon and auto exhaust emitting private development. Super urbanized with 6 private streets, 50 buildings and 3000 parking spaces, the expected increase in motor vehicle traffic is 20,000 automobile and bus trips each day, further congesting the failed intersection on North Capitol, Michigan Ave, First Street, Channing and Bryant. The next mega-development will be twice as large coming to nearby Armed Forces Retirement Home. Our own urban planning and architecture expert Eddie Johnson writes how respiratory diseases, cancer and stress illnesses increase when so much of the remaining open, green space is paved, and becomes carbon and pollution emitting, and increasing the "urban heat island effect".

We need outdoor fresh air, and recreation in significant cultural and historic parks, not a pre-fab McPark, that VMP is insulting the community with, in their $billion development plan. They will build huge medical office buildings, when saving McMillan Park for healthy quality of life, sustainable agriculture and recreation will keep us out of the doctor's office.
National Register of Historic Places nomination
http://www.nps.gov/nr/feature/places/13000022.htm

We need to demand Council-member McDuffie, investigate the unethical PR firm Jamie Fontaine, hired by The Deputy Mayor,
that is polluting citizen participation and community input into the McMillan land give-away.
http://youtu.be/uXkOgHV7Lhw

I was so sad to hear of Tim Clark's passing. I only met him a few times, but he seemed like a genuinely nice person and a wonderful advocate for his neighborhood and DC at large.

I have to admit that I find the above comment from Daniel Wolkoff completely inappropriate. The city has lost a great friend and advocate and this is not the time nor place for personal political agendas. I think you should be ashamed.

Seriously, that is really inappropriate Someone passed away. There are plenty of other posts for your to reply with your usual agenda.

Tim and I were colleagues on the old ANC 5C. He was dynamic and stood up for his positions. And he was so helpful on a number of issues. We worked together to craft and eventually get accepted the Ward 5 redistricting plan that is in place today and that kept Bloomingdale intact. I also recall getting Tim's help when he worked for DDOT to get additional trees planted in Bloomingdale, particularly along the unit block of W Street. But beyond his long-time service to the community, Tim was a good guy who liked to laugh and who could be counted on for a fun time. We have lost a stand-up guy and an exceptional neighbor. Good luck, Tim, on the next stage of the journey.

I was very sadden to hear about Tim's passing. I would like to extend my deepest sympath to the Clark Family. The Clark family has contributed significantly to our community and the needs of its residents. Tim's passion for public service will be remembered! In ten years of living in DC we have lost so many young souls to our maker for reasons we can not explain.

As the eldest sibling of Timothy Clark I am taken aback by your comments. I respect your right to blog and exercise free speech but I do believe that at a time of bereavement the deceased (especially someone of my brother’s good character) is due his respect. Surely Councilmen McDuffie didn’t release this statement to open a dialogue about ethical political practices. This was a moment for him to pay respect to a young civic leader and steward of the community. Seemingly you have taken this opportunity to exercise your political voice which again, is your right. I know how passionate my brother was about engaging with the community and working for a better DC. Mr. Wolkoff, if you can reflect on your own past loss (which you chosen to use as a lead-in for your blog post) maybe you can muster up the respect that our beloved Timothy is due and show it at this time.