an unhappy neighbor reports a big trash container dropped off a 5 am, blocking an alley entrance

From a resident on Adams Street NW: 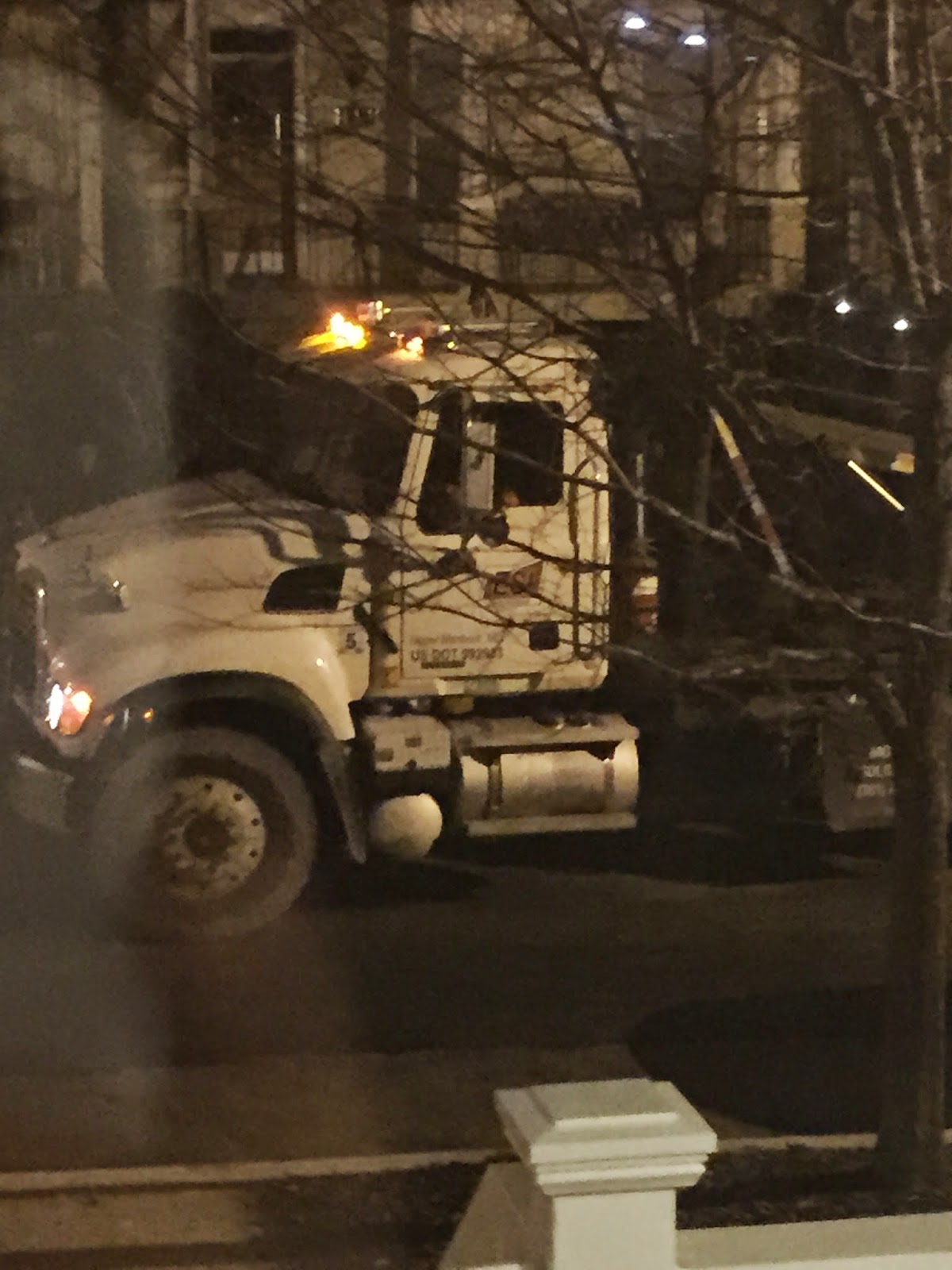 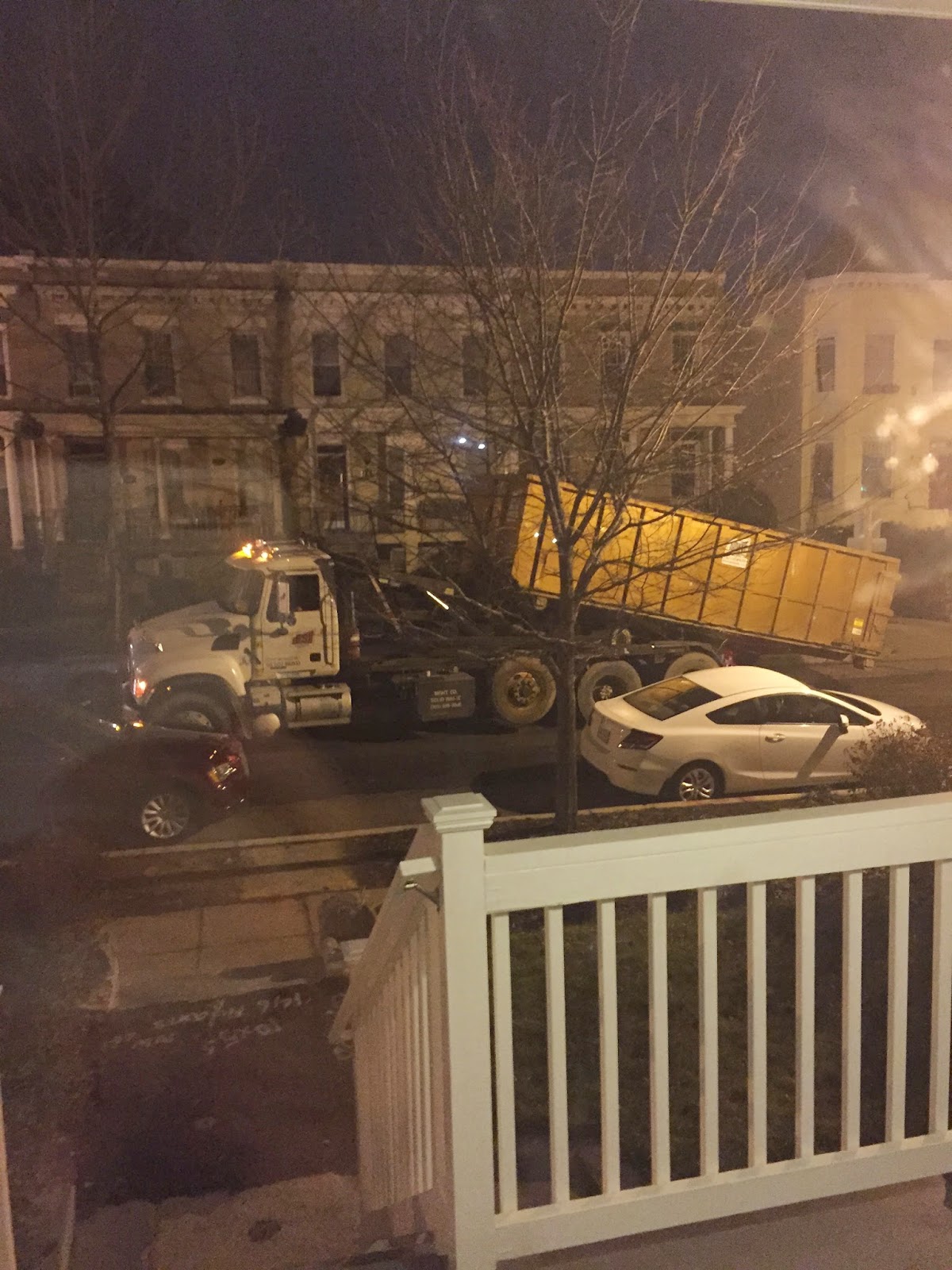 I was awoken this morning but the dulcet sounds of a large truck backing up then the sound of metal scraping on metal at 5am. It was LOUD. That is when the big trash container was dropped off, 5am.   I have pictures. Not only did it wake my entire family up, it blocked the entrance to the alley way  as well as access to the construction site.  I already took up the issue with the guys who were in charge of construction this morning to tell them that a 5am start time is thoroughly unacceptable.  Does anyone know if there is anything I can do to have them penalized in some way if it happens again?   The container is already full and demolition is just beginning so I suspect this won't be the last time.

Here is an update:

Posted by Scott Roberts of Bloomingdale at 2:23 PM

We heard it too. At first I thought it was the workers starting early, but soon found the dumpster out front. I called 911 to report being blocked in, but in the following 2 hours that I was home, there was no response from them. I contacted DCDPW, DDOTDC, and 311 (via Twitter and seeclicfix.com). 311 said "the issue is that parking enforcement typically can't get there before the vehicle departs :-(" They obviously missed that I said dumpster and not dump truck and DCDPW said "we have sent this information to Parking Enforcement." The cones that are currently out front have me fearing that another dumpster will arrive before dawn again tomorrow. I don't see any permits on the DCRA site or any "no parking signs" in the area. Are my eyes failing me?

I heard it too and was really disappointed about the early hour. Way too early to be waking up the neighborhood!