WaPo Going Out Guide: "How to spend $40 in Bloomingdale"

Thanks to reporter Holley Simmons for her story on Bloomingdale! 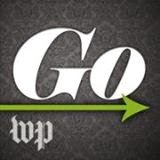 How to spend $40 in Bloomingdale


It’s no head-scratcher why Bloomingdale has become D.C.’s latest "it" neighborhood. (Though you’ll still find the occasional driver who thinks you’re asking for a lift to the similarly named department store.) The same revitalization that took hold of Shaw and U Street has spilled over into the Northwest neighborhood, albeit at a much slower pace.
Bloomingdale maintains a lower profile, with more townhouses than condos; only the occasional booze-seeking gaggle; and a minimal number of garish pop-up residential towers — for now. There’s a lot to do, but it’s all within a small area and can be enjoyed with just a couple of $20 bills.
...
This Going Out Guide article mentions Big Bear Cafe, Grassroots Gourmet, Red Hen, El Camino, Crispus Attucks Park, Boundary Stone, Bacio Pizzeria, Showtime Lounge, DCity Smokehouse and Meats & Foods.
Posted by Scott Roberts of Bloomingdale at 4:10 PM