Jazzy Wright's Bloomingdale Bites: "Looking for Green in the Concrete"

Thanks once again to Jazzy Wright!  This is from the Capital Community News' MidCity DC. 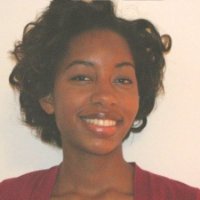 
Looking for Green in the Concrete
A battle over park space is being waged in Eckington, the neighborhood bordering Bloomingdale to the east. As the DC Department of Parks and Recreation makes plans to redesign the grounds of the Harry Thomas Recreation Center, the Eckington Dog Park Association is asking that the city set aside 5,000 square feet at the community center for a small dog park. “Harry Thomas is basically the only given space we have, and it’s a shame because when you start looking at other areas around Eckington, like LeDroit and Truxton, you have to go several blocks west to find park space,” said a representative from the association.
But some residents aren't so happy about the idea of pet owners bringing their dogs to the field. Local neighborhood commissioner Joyce Robinson-Paul said that she has collected more than 800 signatures on a petition from concerned parents strongly opposing the dog park. “We don’t want dogs to walk on the field and spread feces and urine where children play,” said Robinson-Paul, adding that the dog park should not be built near the field. “It’s a safety issue.”
Once the petitions are filed the city will decide whether to build the dog park. The dispute reflects the lack of public parks in the Bloomingdale area. While there are more than 70 city and federal parks throughout Ward 5, only five small triangle parks are in Bloomingdale. “The dog park issue is an urban issue – there's only so much green space,” said John Stokes, chief of staff at DC Parks and Recreation.
Peter Harnik, director of the Center for City Park Excellence at the Trust for Public Land, noted that “Bloomingdale does need more space because even though DC has more green space than many other cities, that part of the city probably has the least amount of parkland compared to other spaces.” A 2012 report from the Trust ranked DC fifth among the nation's 40 largest cities for its park access and park space.
According to Harnik city parks are vital to the development of communities because they improve neighborhood safety, increase property values, reduce ambient temperature, and hold flood water. Right now, the Bloomingdale area’s 10,700 residents have only one park, Crispus Attucks, a private one-acre space bounded between the alleys of 1st, North Capitol, U, and V streets NW. Though the park meets some of the community's needs for green space, it is not large enough to serve a wide range of uses, such as dog walking or sport activities.
“Our little Crispus Attucks Park can't really serve as a proper park for active play,” said John Corea, board member of the Crispus Attucks Development Corporation. “Ours is really a place for more passive recreation.”
Residents may see new green areas in the coming years. In January the DC Office of Planning announced that city officials would assess park and open space in the neighborhood as part of a new plan to revitalize six neighborhoods. The office will provide recommendations to the city council by May 2014.
Many area residents are hoping, in the meantime, that public park space comes out of the redevelopment plans at McMillan, the historic 25-acre water treatment facility located at the northern tip of Bloomingdale. If the city approves the site developer’s plans, McMillan could have nearly six acres of park space, in addition to new homes, offices, and retail, according to Tania B. Jackson, outreach coordinator for Vision McMillan Partners.
But for many in the area, six acres may not be green enough. Preliminary data from a 2012 McMillan Advisory Group survey showed that most area residents prefer McMillan to consist of 50 percent or more of park space. In 2012 the Bloomingdale Civic Association passed a resolution of no confidence in the Vision McMillan plan on grounds that it lacked green space and did not acknowledge the site’s historical significance. “We don’t have many [park] options, which is why McMillan became such a focal point,” said John Salatti, a resident who used to give tours of McMillan before the city closed the site to the public last year. Salatti served as a neighborhood commissioner for five years and currently is a member of the Friends of McMillan, an advocacy group favoring preservation of the site.
“When you’re doing urban development,” declared Salatti, “the first thing you do is build the park, then everything else around that.” Comparing the McMillan development plan to the recently gentrified NoMa district, he stated, “In NoMa, you have this large concrete area, but the people have nowhere to go. The city’s developers have no overall vision for what to do with McMillan, this amazing space, but the community continues to fight on.”
Commissiner Joyce Robinson-Paul is not the commissioner for the neighborhood where the proposed dog park will be located - Sylvia Pinkney is. Tim Clark also represents a nearby SMD and has been involved in the process and public meeting for the dog park.
To Robinson-Paul's assertion that the dog park will encourage feces on the field, the point of a dog park is to keep dogs OFF the field (which is currently used as an off-leash dog park, against posted signs). It will provide a safe place for dogs to exercise away from the kids. It would, according to DPR, have a separate entrance gate (actually, a double gate, to prevent escapes) than the field.
If you have questions about the process (which you can also find at http://dc.gov/DC/DPR/Facilities+and+Permits/Dog+Parks) or dog parks in general - safety, purpose, drainage, etc. feel free to email eckingtondogpark [at] gmail.com. (The offical email for the Eckington Dog Park Association, not my email). You can also comment here and I can respond if you have questions. I look forward to meeting more people in the Eckington neighborhood as this process moves forward!

I dispute the fact that 800 signatures were collected against the Dog Park. If these signatures truly exist, I'd like to see a copy and verify whether or not those who signed this actually live in Eckington. The fact of the matter is that Ms. Robinson-Paul, a dog owner by the way, doesn't live in Eckington and uses a public park located at New York Ave and 1 st NW to walk her dog. What do people think a dog park is? It's usually fenced off from playgrounds and the members of the park or city sanitation workers are responsible for cleaning it. 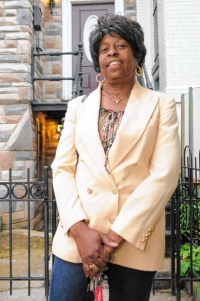 Posted by Scott Roberts of Bloomingdale at 11:13 AM

What the hell does John Salitti know about community planning and development???? Where's your creds John?

If Ms. Robinson-Paul is using the park at 1st & NY to walk her dog, she's doing so against the postage signage that states dogs are not allowed in the park. With that said, I often see residents with their dog in that park. I hope folks that do so are cleaning up after their pets have defecated. That park is used by ultimate frisbee players, softball players, youth football teams, and other residents for picnics, etc. I'm sure those users would not appreciate stepping in or landing near dog feces.