Thanks again to Shilpi Paul. 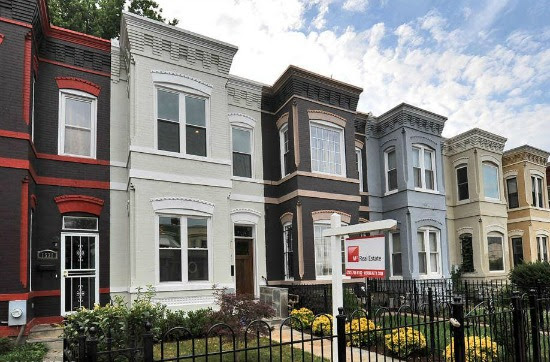 A home that recently sold on 3rd Street NW.
Readers may remember Home Price Watch, a semi-regular feature from 2012 where we analyzed the housing market in various zip codes around the DC area. Now that we are eight months into the year, we have enough zip code real estate data to compare 2013 to previous years.
First up is 20001, the zip code that encompasses much of Bloomingdale, LeDroit Park, Shaw and Mount Vernon Square (the area east of 11th Street, west of North Capitol Street and roughly between Columbia Road and Massachusetts Avenue NW). Last year, when we looked at the neighborhood at around this time, we noted the jump in median sale prices over the past decade and the increasing number of condo sales. 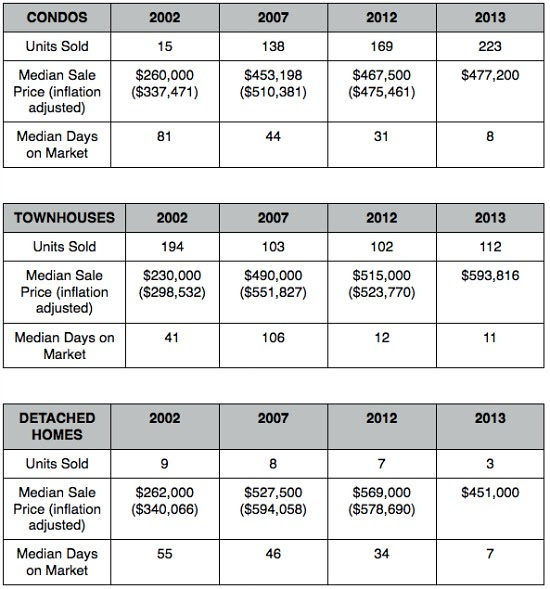 Since last year, the two trends that we noted have only amplified. Year-to-date, 2013 has seen a large increase in the number of condo sales, and a notable jump up in the price of townhouses.
In 2012, 169 condos had sold by this time. This year, that statistic leapt to 223. A very telling metric of how the area’s housing stock has changed in the past decade can be found in the number of condos sold in 2002 during the first eight months: 15.
Townhouses are the property type that have led the way in terms of price increases this year. In 2012, the median sales price in the townhouse category was $515,000; this year, the median price has risen to about $594,000, a 15 percent increase over 2012.
This article is based on data from RealEstate Business Intelligence (RBI), a developer of real estate technology and information in the DC area.
Posted by Scott Roberts of Bloomingdale at 4:00 PM