See the message below from Brookland resident Don Padou:

A couple of people have recently called asking about the prospects for suing DC Water seeking compensation for damage caused by raw sewage flooding.  Here is my thought: nothing in the law is 100 percent, but a recent Supreme Court decision has made it as certain as it can be that DC Water must pay compensation for damage caused by sewage flooding.  Note, however, that flooding of rain water is different.
The Supreme Court decision was handed down on December 4, 2012 and is called Arkansas Game and Fish Commission v. United States, 568 U.S. ___ (2012).  You can find information about the case at: http://www.oyez.org/cases/2010-2019/2012/2012_11_597
In the case, the Court addressed "takings" under the Fifth Amendment.  Under the "takings clause" the government must compensate someone when the government uses or takes that person's property.  Before Arkansas Game and Fish Commission v. US, there was a special set of rules when the government took someone's property by flooding that property.  The rules were even more specialized if the flooding was temporary.
In the Arkansas case, the Court wiped away all – or almost all – of the specialized rules.  Particularly important for Bloomingdale is the Court's holding that the government must compensate for damage that is the result of temporary flooding caused by government actions.
Justice Ginsburg wrote the opinion in the case.  It is a great opinion, except at the very end where she has a confusing paragraph in which she summarizes the various rules and tests used in takings cases.  The paragraph has been read by some commentators as announcing a new hybrid rule for flooding cases that combines the rules for physical takings with the rule for regulatory takings.  I think that these commentators are over-reading the opinion and that Justice Ginsburg simply added an almost throw-away summary at the end of the Court's opinion.
Please feel free to give me a call if you have any questions.  I can be reached at 202-664-4395.  My website address is www.padoulaw.com.
Don Padou
Law Office of Don Padou
1335 Lawrence Street NE
Washington, DC 20017
202-664-4395
Don.Padou@yahoo.com
www.PadouLaw.com 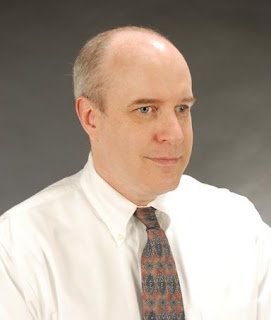 Posted by Scott Roberts of Bloomingdale at 9:56 PM