Nice to see the Washington Business Journal report on the impact of the Pepco power outages on Bloomingdale businesses. 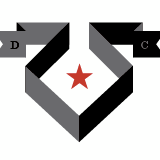 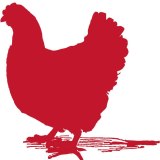 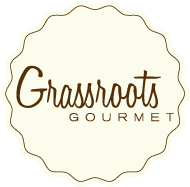 Rebecca Cooper
Staff Reporter- Washington Business Journal
It's been a rough few days for several restaurants in the Bloomingdale neighborhood of D.C. They've been hit by power outages costing them thousands of dollars.
Boundary Stone bar and restaurant, The Red Hen, Bacio Pizza and Grassroots Gourmet have all been hit with the intermittent outages since July 18, and they've all been tweeting about it:

"Hey @PepcoConnect. If you shut us down at 9 p.m. I will have quite a few unhappy paying customers," The Red Hen tweeted yesterday. They followed up with another: "We were so happy to serve you … back when we had power and all. #saveusfrompepco."

"@PepcoConnect wants you to eat, drink and converse with friends at home tonight, folks. Your tears and loneliness makes them stronger," tweeted Boundary Stone.

Update: I spoke with Pepco spokesman Marcus Beal, and he said the company is working with the businesses in the neighborhood to upgrade transformers, cables and other aging infrastructure.
"This area has seen a tremendous amount of growth. Transformers are sized to a region and as customers are upgrading properties, that puts more of a demand on the existing infrastructure," he said. "All of these outages have basically expedited work we were already doing."
Pepco expects another planned outage Monday to do some more work on a day when bars and restaurants are typically slow or closed — but the final resolution could take a couple more weeks after that if a new, upgraded transformer needs to be installed, Beal said.
At Boundary Stone, the outages began with a partial outage July 18 that cut power to half the restaurant, including the walk-in refrigerator, said Gareth Croke, co-owner and general manager.
"That entails emptying the ice machine and trying to keep all proteins in the safety zone," he said. "When you lose your refrigeration, [it's] hectic trying to keep everything cold."
Then, Pepco representatives told him they had to shut off power during happy hour the next day and again that evening at 11 p.m., said Croke.
Two more outages followed, the last of which came Tuesday night, Croke said. When he got in this morning, the refrigeration had been down for too long and the restaurant had to throw away $3,000 worth of product, Croke said. He's already filed a claim with his insurance company for that loss.
Mike O'Malley, co-owner and general manager of The Red Hen, did give Pepco some credit for trying to get the power back on, noting that crews have replaced cables up and down the block.
"As a commercial corridor, this wasn't really used for a long time," he said of the block of 1st St. NW where Red Hen is located. "Now there are three bar-restaurants, a bakery, a Thai restaurant, a liquor store ... all with walk-ins, all with HVAC, sitting on the same grid."
Altogether, Croke estimates he's lost about $11,000 in business due to all the outages in the past week. But that doesn't factor in the loss of reputation.
"From a PR and consistency standpoint, we kind of pride ourselves on being the neighborhood pub that's always open," he said. "We're open for lunch, the kitchen's open until midnight and 1 a.m. on weekends. There's a consistency we've established with our clientele and I hope this isn't going to slow that momentum."
Boundary Stone was open for lunch today. But Croke isn't sure the restaurant is in the clear yet.
"I'm not sure what they did last night to get us back up and running, but I'm not confident that it's fixed," he said.
The fact that D.C.'s summer is still in full swing is also somewhat worrisome, noted O'Malley.
"It's a scary thought that there's six more weeks of this," O'Malley said. "Our insurance companies are willing to work with us, but it's out of our hands, so to speak. It's not like I can switch ... in D.C., your power is Pepco."

Posted by Scott Roberts of Bloomingdale at 3:27 PM