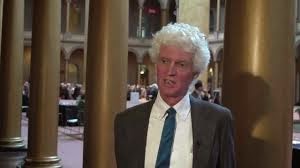 On August 1st, Mr. Roger Lewis published an article on the McMillan development in the
Washington Post's Real Estate section entitled "McMillan Plan Combines Preservation, Urban Design and Inventive Architecture".
A few days later, I submitted a letter to the editor of the Post taking issue with certain aspects
of Mr. Lewis's article, but the letter was not published.  I have presented it here (below) for
your benefit.

Kirby Vining.
McMillan Development and Zoning
Mr. Roger Lewis’s article on the McMillan site development in the Post Real Estate Section on August 1st (McMillan Plan Combines Preservation, Urban Design and Inventive Architecture) is a disappointment to me.  As an architect who likes the project, I have no argument. But the article encourages the Zoning Commission to approve the project, yet it does not address any of the issues relevant to the Zoning Commission. This position would have the jury exonerate the alleged assailant, not because of any lack of proof of misdeeds, but because he makes a fantastic blackberry pie and is a swell guy.  This is about zoning, not about the charm this project may have for some.
We in the other ‘camp,’ the Friends of McMillan Park, the only group with party status to the zoning case except for the ANCs, would have been delighted to talk with Mr. Lewis about our thoughts on development of the site, which is misrepresented in the article.  But that didn’t happen. Mr. Lewis apparently spoke with Ms. Anne Corbett of VMP, but not the ‘other camp’.  This is an indignity to Post readers and calls into question the integrity of the paper, blurring the distinction between the editorial and advertising sections of the paper.  I thought that might change under Mr. Jeff Bezos’s ownership, but apparently not. We have been interviewed by other reporters concerning McMillan. Without exception the reporters contacted the other side, Ms. Anne Corbett.  Why didn’t the reverse happen here? We understand that DMPED has pressured Washington press to avoid this ‘other camp,’ and this article may be the fruit of that pressure.  This ‘other camp’ has a petition with over 7,000 signatures asking the Mayor to please consider more creative, alternative plans, and a survey of about 1,000 households in the immediate area of the McMillan site with similar findings.  Big camp, as it were.
The focus of the article is the Zoning Commission’s review of the project. The last sentence of the article encourages the Commission to approve, yet it does not mention the problems the Commission is encountering with the C-3-C/CR zoning that DMPED/VMP has requested. All that the Commission is to consider is zoning concerns. Here are some of them:
-       The Comprehensive Plan recommends moderate (C-2-A) zoning for the site because it is surrounded by century-old 2-3 story row houses. The requested C-3-C/CR zoning is more appropriate for K Street and the central business district. While the applicant’s PUD argues for a rearrangement of the height and density, increasing the proposed height to 13 stories, some members of the Zoning Commission still regard the project as having serious height and density problems, given the surrounding neighborhood and the one-mile distance from a Metro station (MC-2.6.5).
-       The Comprehensive Plan also recommends ‘substantial’ surface park space, noting that the park is part of the “emerald necklace” of parks Olmsted designed for our fair city (MC-2.6.1)
-       Zoning regulations and the Comprehensive Plan require either that a project not cause conditions in the area of the project to deteriorate, or that the project mitigate any problems caused. No meaningful mitigation of the thousands of additional car trips per day to the intersection of North Capitol Street and Michigan Avenue has been proposed. One commissioner referred to the mitigation proposals presented as “fluff.” The community is extremely concerned about the unmitigated traffic problems this project would cause. The site is one mile from a Metro station, not ‘a few blocks’ as the article states (DCMR 2403.3, MC-2.6.3).
-       There is no tenant for the largest buildings, the medical suites on the far north.  This is disturbing because for years we have heard that this medical facility is the crown of the project.  But without a tenant, it’s just another office block.

None of the above zoning issues are addressed in the article.

Several of us in the Friends of McMillan Park contacted Mr. Lewis, interested to see if he would do a balanced piece on McMillan for the Kojo Nnamdi Show.  He is  apparently not interested though the offer still stands.

If Mr. Lewis had contacted me or any of the other persons active with the Friends of McMillan Park, he would have learned that:

-                    There is a diversity of community opinion about how much of the surface should remain an open park, but a ‘substantial’ amount resonates both with our group and the McMillan section of the Comprehensive Plan. We believe that the answer to this question should be part of an open design competition and RFP process that is consistent with both the historic designation of the site and the Comprehensive Plan. The site deserves both and has enjoyed neither. There indeed was an RFP issued in 2006 and there were five responses to it.  But EYA and what became VMP was “selected” in the words of former Trammell Crow Senior Vice President (and now head of DMPED) Jeff Miller.  It is not clear what happened to the other submissions.
-                    Reuse of the underground slow sand filtration cells is of tremendous importance to us, and a request to explore the feasibility of that is included in the 2006 RFP. Even VMP’s own structural engineer, beginning on page 41 of the structural report he submitted to Zoning, begins to explore that.  But with no competition, and an Exclusive Rights Agreement between the city and VMP for both the project and the land, VMP intends to request permission to demolish essentially all the underground cells, except for the two currently mandated by the DC Council for use by DC Water in a flood prevention project we are entirely supportive of.
-                    The article suggests that the proposed plan was approved by the Historic Preservation Review Board.  While the HPRB made some flattering comments about the plan, it rejected the plan because it proposes demolition of about 80% of a DC Historic Landmark. So the plan must be presented to the Mayor’s Agent for a demolition permit.  If HPRB had approved the plan, the Mayor’s Agent would not be involved.  The proposed plan seeks demolition of most of the site and specifically requests permission to demolish all but two or three of the remaining underground cells – exactly the same cells currently in use by DC Water, and thus not currently eligible for inclusion in the demolition request.
-                    The article mentions that the McMillan site is ‘a few blocks’ from the Brookland Metro station. It’s one mile from that station and from the Columbia Heights station, which is further than WMATA says commuters walk. So the site is a car magnet, which is one of the still unmitigated problems of the project bothering the Zoning Commission.
-                    The “Central Park” mentioned is another point of grave concern. That park is to be privately managed. If it were to be a public park, it would be a DPR project.  Why isn’t it?
-                    We have presented an alternative plan for the site which accords with the Comprehensive Plan, the 2006 RFP, an OP-sponsored Charrette (McMillan Sand Filtration Site: Summary of Recommendations for Site Revitalization, February 2002), and a door-to-door survey of about 1,000 neighborhood households about two years ago.  But what we really want is a design competition, based on these factors, and not this sole sourcing of a consultant.
-                    VMP is a consultant to the Mayor.  We find it odd, if not against regulations, that a consultant to the Mayor is now magically being presented as the developer of the site they were hired as a consultant on.  This would be a conflict of interest in governments I know of.
-                    We have asked that more truly affordable housing be considered in any plan, and point out that 30% AMI is a useful figure in that goal. The article is satisfied that the housing proposed is ‘deemed affordable’ – at 50% and 80% of AMI.
Kirby Vining
Friends of McMillan Park
202 213-2690
restoremcmillan@gmail.com 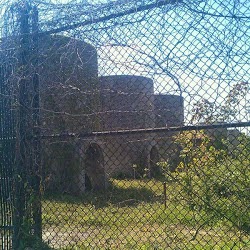 Posted by Scott Roberts of Bloomingdale at 11:08 PM

Kirby and DC residents, we have the figures, when we stop VMP and the Mayor(unindicted) from demolishing the 20 acres of underground galleries, we can grow all the vegetables consumed in the District,,, please see this fascinating video demonstrating indoor vertical agriculture
http://youtu.be/ILzWmw53Wwo
We have unlimited potential in adaptive re-use , even aquaponics producing fresh tilapia, clean and healthy, unlike the polluted fish farm garbage sold in the stores from asia.
Our sustainable adaptive re-use of our own park land is a project of Special Merit, how about a Wolf Trap Park for outdoor concert stage, festivals, movies, theatre, opera .
Roger K Lewis is a SELL OUT as are KOJO and WAMU, who have taken money from EYA.
WE cannot let a corporate monster continue to crap on us, and their servants in our govt, who have provided the worst stewardship of this land that anyone can believe, are in jail, take corrupt campaign donations and ignore their superiors, THE PEOPLE, you , me and all our neighbors.
File a federal injunction against this miserable project! No process for community approval was ever done. No bids were ever done, This is the dictatorship of big business and it's servants Bowser, McDuffie and Mayor (unindicted) Gray. Felons Michael Brown, Kwame Brown had oversight, who would believe they didn't swing a deal with these unethical developers. Harry "Tommy" Thomas Jr, initiated the forced project they have rammed down our throats, after negotiating a " $55,000 donation from EYA. Bowser has oversight now and is ignoring the illegal fake grass roots campaign by Baltimore PR firm, Jamie Fontaine Company, hired by DMPED and VMP to subvert our democratic process. Carmen Group of top gun lobbyists were hired by chief developer Trammel Crow, former employer of DMPED Jeff Miller, at $10,000 a month,,,who have already had appointments with Mary Cheh and David Grosso on the council, who is now saying things that indicate he is probably bought out.
So don't forget it, the only thing worse than a Republican is a Democrat. Why do you think Carol Schwartz entered the mayors race so late, she was told by the Growth Machine to ruin Catania's chances. What do you think Carol loves to run and lose so much, she just ran her 5th losing campaign for the pleasure of defeat again? They all take orders from the Real Estate investment Kingpins, so sue them, resist, DO NOT COOPERATE!