new renderings from Vision McMillan Partners of the community center 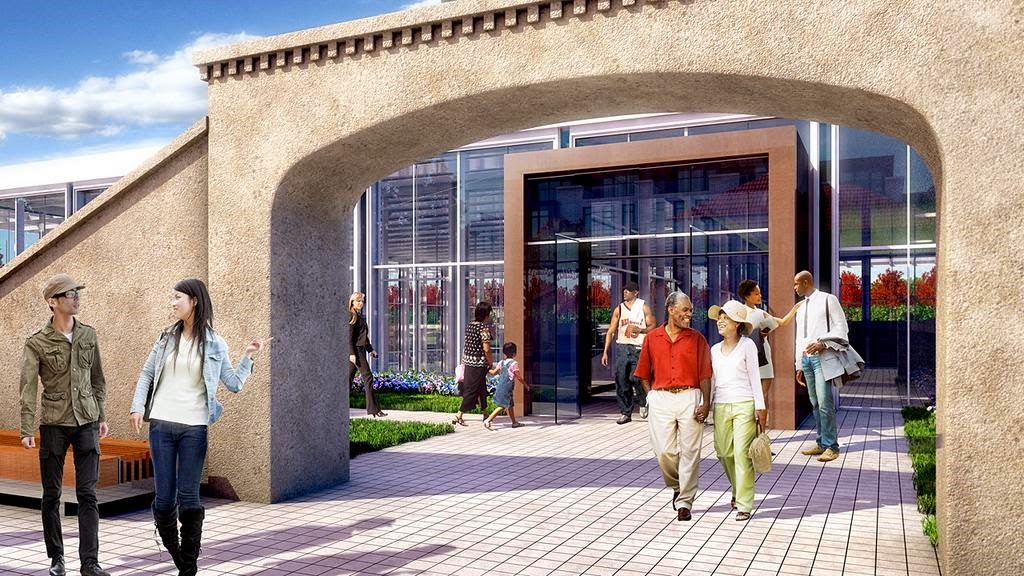 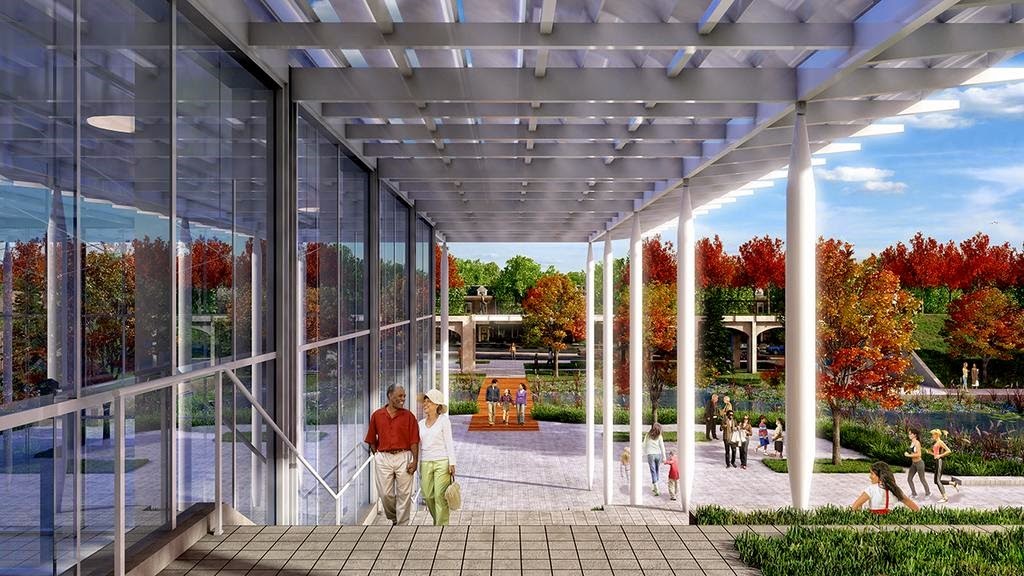 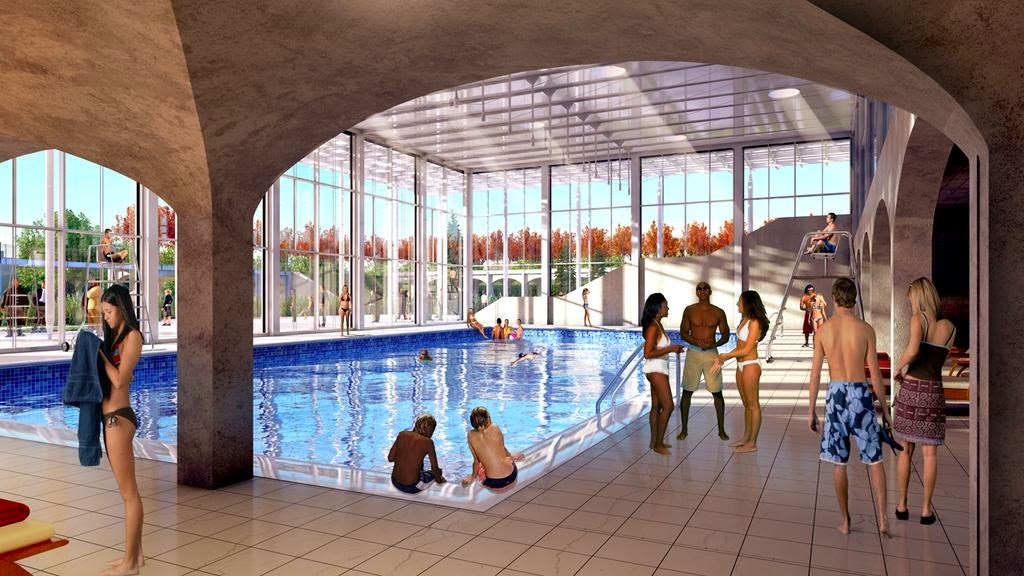 Posted by Scott Roberts of Bloomingdale at 1:06 PM

Serious question - are these new drawings, or just newly tweeted drawings? The third one looks very familiar. As always, there are only thin people at the pool.

If they are new, is it really necessary for DMPED to pay for additional drawings? Were these requested by the Zoning Commission?

I think all developers try to show their projects in the most flattering light. This developer especially focuses mostly on the parks and green space. It is nearly impossibly to find drawings of the large buildings and when you do, they are from across the park, in the distance almost as if they don't exist. Its strange they don't want to show off thier work.

It's part of the new negotiated Community Benefits Package. Upon completion of construction, VMP is going to make everyone skinny.

Again, the MAG requested several changes that are, as usual, not taken into account....

One was that the glass doors on the front of the center open up so that the space can be contiguous with the outdoor space during the warmer months... if you've ever been to Turkey Thicket pool you know that it goes largely unused during the summer months (in the day ..after lap swim i mean)....you need an "indoor/outdoor" concept. The MAG also asked for a 50m pool instead of a 25m pool ...which will be tiny compared to the population that will be using it. The other proposed change was to put some dynamic water features in the courtyard ....either flowing down the side of the amphitheatre steps (like a waterfall)..in keeping with the themes. But here we have just more of the same.

File a federal injunction against this miserable project! No process for community approval was ever done. No bids were ever done, This is the dictatorship of big business and it's servants Bowser, McDuffie and Mayor (unindicted) Gray. Felons Michael Brown, Kwame Brown had oversight, who would believe they didn't swing a deal with these unethical developers. Harry "Tommy" Thomas Jr, initiated the forced project they have rammed down our throats, after negotiating a " $55,000 donation from EYA. Bowser has oversight now and is ignoring the illegal fake grass roots campaign by Baltimore PR firm, Jamie Fontaine Company, hired by DMPED and VMP to subvert our democratic process. Carmen Group of top gun lobbyists were hired by chief developer Trammel Crow, former employer of DMPED Jeff Miller, at $10,000 a month,,,who have already had appointments with Mary Cheh and David Grosso on the council, who is now saying things that indicate he is probably bought out.
So don't forget it, the only thing worse than a Republican is a Democrat. Why do you think Carol Schwartz entered the mayors race so late, she was told by the Growth Machine to ruin Catania's chances. What do you think Carol loves to run and lose so much, she just ran her 5th losing campaign for the pleasure of defeat again? They all take orders from the Real Estate investment Kingpins, so sue them, resist, DO NOT COOPERATE!