next on the horizon for Bloomingdale: DCRA raze permits

This is not located in any designated DC historic district.

A demolition rather than a pop-up.  Hmmm.

See the raze permit below. 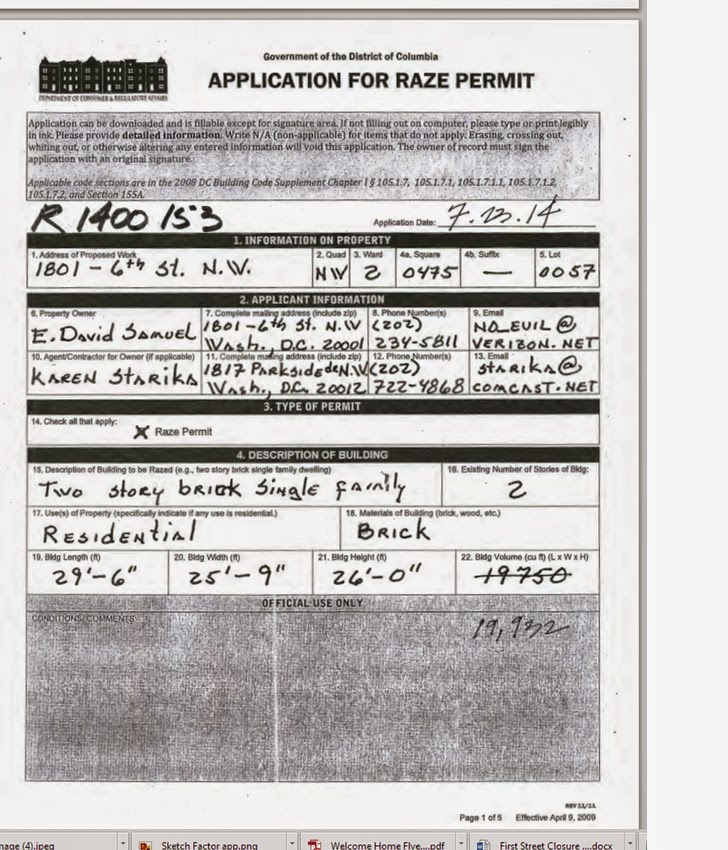 Here is the pic of the two properties at the corner of 6th St NW and S St NW that accompanied the above DCRA raze permit. 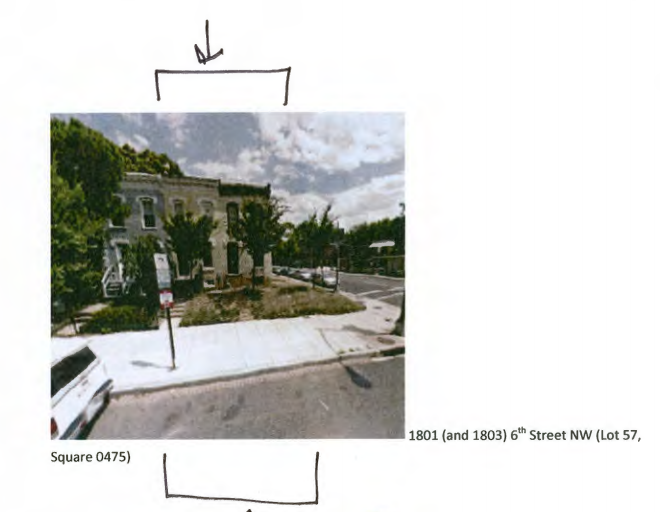 It could be in either a R-4 or a C-2-A zoned area of Bloomingdale.

But expect permits to demolish buildings in Bloomingdale to be replaced by all new construction.

And what do I expect after that?

Stay tuned.
Posted by Scott Roberts of Bloomingdale at 11:48 AM

The thought of a house in Bloomingdale being razed is terrifying. Aside from losing one of our historic homes, which some people may not care about, the prospect of having an abutting house torn down by a contractor who may not know what he is doing, with little or no oversight by DCRA could be disastrous. We have been fortunate til now (as far as I know) not to have a building collapse like the ones that I have seen in Shaw, Mt. Vernon Square, and H Street.

If this is the house I'm thinking of, it should probably be razed. It looked like it might fall into the street or down upon itself from issues with the foundation, mortar, or just lack of general upkeep. I have no idea about the one next to it though.

If the building is decrepit to the point of falling down, what is wrong with razing it? I haven't been by this property, but this news would be more worthwhile if it was accompanied by some information on the current state of the building. Its hard to tell from that picture.

I haven't walked past it in a month or two but the real damage can be seen on the sides and rear of the house. I seem to remember the chimney falling off the side of the house and some serious settling issues on the non-party wall.

For those that use the Shaw/Howard metro, just cut down S towards the Wonder Bread factory. You'll walk right past it on the Northeast corner of that intersection (S and 6th streets NW).

I'm trying to think of a home in Bloomingdale with the same level of deterioration as this one to offer a comparison. The settling issues are much more pronounced than the recently renovated one on 1st street between Randolph and S (was renovated and painted gray). The mortar deterioration is worse than the house on the corner of 1st and V (southeast side).