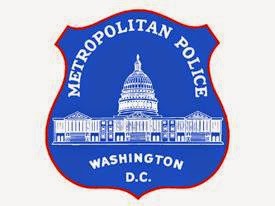 
Robbers sneak up behind victims in three D.C. cases


A well-worn piece of advice that circulates among the streetwise is composed of three simple words: Watch your back.
And three incidents that occurred in the District last week demonstrated that the old advice is still good.
Although robberies are down sharply this year compared with 2013, at least three people lost property on city streets in two days to robbers who came up behind them.
Two of the robberies occurred during daylight hours in the fast-developing, rapidly gentrifying H Street NE corridor.
...
The third robbery also occurred on Wednesday, late at night in the Bloomingdale area, another fast-gentrifying section of the city.
The victim was at a bus stop in the 1800 block of North Capitol Street, a couple of blocks south of Rhode Island Avenue NW. It was about 10:40 p.m. and, police reported, “someone walked up behind” him and hit him in the head with a pipe.
The robber fled with the victim’s wallet and cellphone, police said.
The extent of any injury could not be determined.
...
Posted by Scott Roberts of Bloomingdale at 7:12 AM